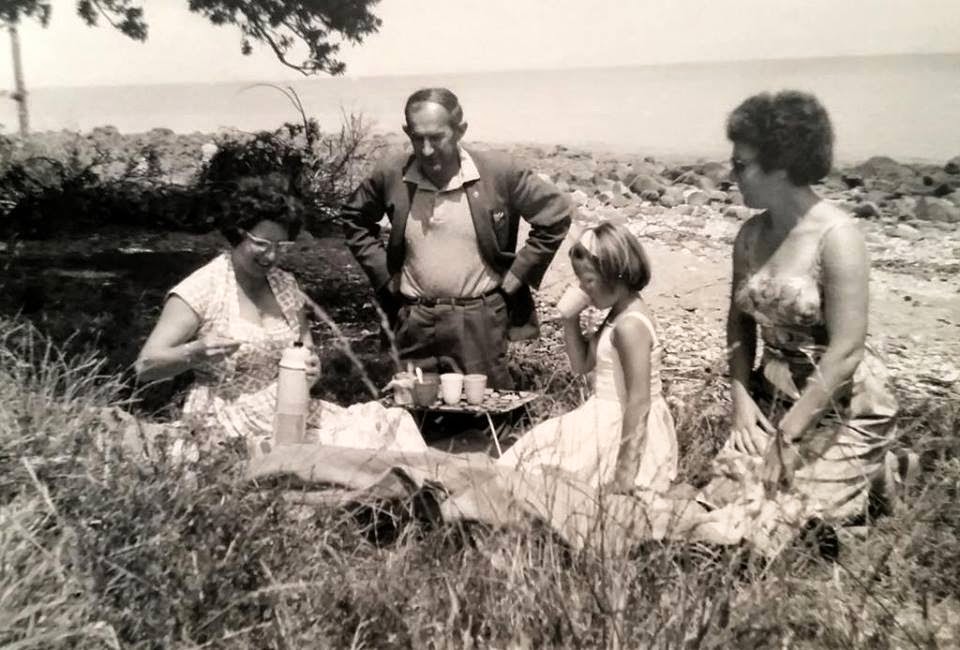 Summer holiday picnic at the beach.
From left: June & Wilson Gordon, Pamela Gordon, Janet Frame.
Photograph by Ian Gordon.
Wishing all the readers of this blog a Happy New Year 2015.
PS: This photo very likely dates to early 1964, not long after Janet Frame returned from her years of living in Europe. She was 39 years old at the time. Coincidentally Frame's autobiographical trilogy AN ANGEL AT MY TABLE (written in the early 1980s) ceases at the exact time captured in the image - shortly after she returned to New Zealand and was staying with her sister's family in Northcote. But Frame went on to live for another action-filled 40 years!
Posted by Pamela Gordon

Happy New Year to you Pamela and all the readers and enjoyer's of the blog. Hope 2015 is a wonderful year of peace and harmony and friendship!!