Towards a German Summer 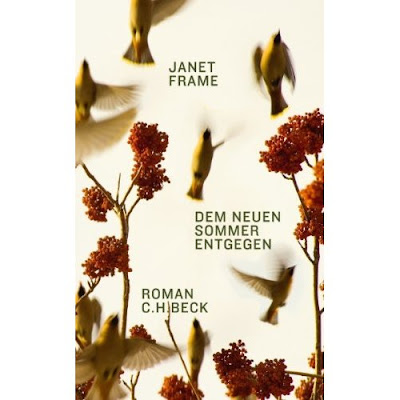 The German translation of Janet Frame's posthumously published novel Towards Another Summer is due to be released by C.H. Beck on 22nd September 2010.
Dem Neuen Sommer Entgegen
Hardback; ISBN 3406605206
Posted by Pamela Gordon No comments: 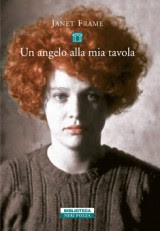 Arrived in the mail today, the book of the film of the book... a new Italian edition of Janet Frame's bestselling three volume autobiography that inspired Jane Campion's celebrated movie adaptation.
From publisher Neri Pozza.
ISBN 978-88-545-0379-3
Posted by Pamela Gordon No comments: 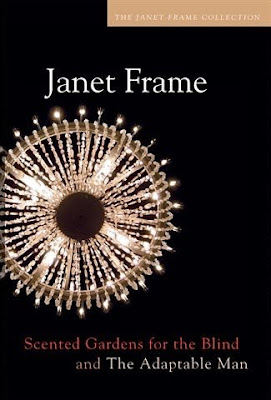 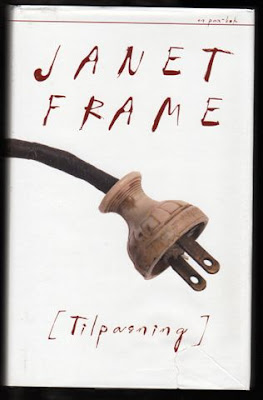 Two of my all-time favourite Janet Frame covers coincidentally both grace the same novel:
The Adaptable Man.
The covers are both very striking, using a single image to good effect.
Random House NZ published the double volume of Scented Gardens for the Blind and The Adaptable Man in 2007 as part of their Janet Frame Collection.
Frame trustee Denis Harold developed the idea that a chandelier might make a good motif for the cover, and after searching innumerable pages on the internet he finally found the brilliant photograph that was eventually to be incorporated into the cover design by Random House designer Christine Hansen.
The photograph is a view from below of a lit chandelier carved out of salt, located in one of the Polish underground cathedrals in the Krakow Salt Mines, these days understandably quite a tourist attraction.
The genius of the image is of course that it so much resembles the pupil of an eye... and also perhaps an atomic bomb burst.
The second cover - with the electrical plug - is from Tilpasning which is the Norwegian translation of The Adaptable Man published by Pax Forlag in Oslo Norway in 2001.
Both images strongly resonate with the themes contained in the text between the covers. And like the novel, the covers are startling, uncompromising and distinctive.
Posted by Pamela Gordon No comments: 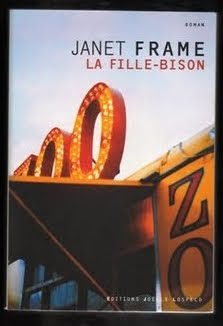 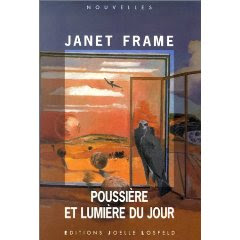 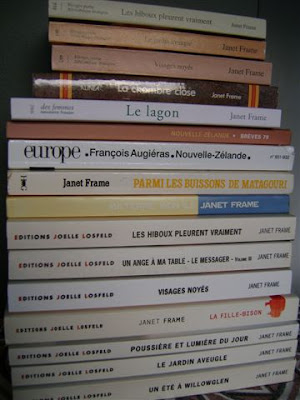 Released this week in the UK 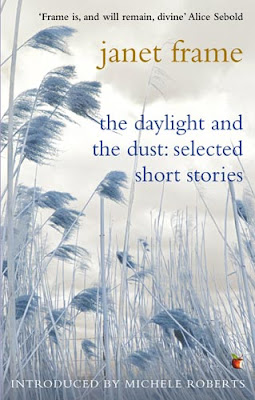 Hot off the press is the latest Janet Frame title from Virago:
The Daylight and the Dust: Selected Short Stories by Janet Frame
A Virago Modern Classic, introduced by Michele Roberts.
"Janet Frame was one of the greatest writers in English of the twentieth century. Her work shines and burns unstoppably."
~ Michele Roberts

Michele Roberts' own recently released collection of stories, Mud: Stories of Sex and Love has been gathering glittering reviews.
Her introduction to the best of Frame's published stories is a beautiful piece of writing in itself, poetic and perceptive. She recommends The Daylight and the Dust "like a friend enthusing over her favourite book and urging you to read it":
...you don't need to read this introduction: you could just go straight to the stories. They are not difficult and they do not need explaining. their art seems effortless; does not flaunt itself.

Virago Press, of the Little, Brown stable, is the largest women's imprint in the world.

Virago Editor Lennie Goodings and Virago won the title of "Imprint and Editor of the Year" at the recent UK Bookseller Industry Awards.

In 2009 Virago had its most successful year in terms of turnover and profit, and increased its share of the literary fiction market from fourth to third biggest. The Judges praised Virago's balance of commercial with critical success.
Note:
* The Daylight and the Dust: selected short stories has also been released this week (July 1st 2010) in Australia by Random House Australia under their Vintage imprint. (Also available in EPUB/eBook format.)
* The same selection of Janet Frame's stories that is found in The Daylight and the Dust is available to readers in New Zealand and the USA under the title Prizes:
Prizes: Selected Short Stories (Vintage, Random House New Zealand, 2009)
Prizes: The Selected Stories of Janet Frame (Counterpoint USA 2009)
Posted by Pamela Gordon No comments: