Today marks the hundredth birthday of poet and editor Charles Brasch. Brasch became a good friend of Janet Frame's, and the Frame estate has with pleasure been taking part in many of the various activities that have been planned this year, to commemorate that significant patron of the arts and letters in New Zealand.

Charles Brasch (much like Janet Frame) enjoyed a quiet life, and did not relish the spotlight, and he did many of his good works anonymously (including the badly kept secret that it was his inherited fortune that bankrolled the fruitful Robert Burns Literary Fellowship at the University of Otago).

Janet and Charles shared a love of classical music and liked to go to concerts together, but they were also frequent guests at each other's houses. After attending one particular dinner party hosted by Charles, Janet commented in a letter to her friend the California painter Bill (Theophilus) Brown:

If one does not want to join in the conversation at Charles’ place one can always gaze at the paintings on the wall. His collection is usually on loan somewhere but last night he had a lovely painting by Frances Hodgkins whom I think you said you didn't know. She's our painting equivalent of Katherine Mansfield and her life followed something of Mansfield's pattern - most of it spent away from New Zealand. [September 1970]

Various exhibitions and events in Dunedin have (and will) this year celebrate the many facets of Charles Brasch. On display at the Otago Museum are treasures of the past (antiquities, textiles, archaeological artefacts) given by Brasch and his family; at the Public Art Gallery I enjoyed looking at the several Frances Hodgkins paintings donated by Charles Brasch. I wondered which of the paintings was the one Janet had referred to.
Posted by Pamela Gordon No comments: 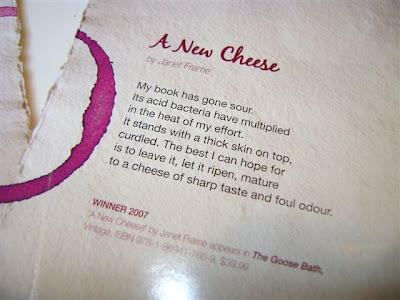 Today is Montana Poetry Day in New Zealand. It's the day that the winner of NZ's premier poetry prize is announced. But it's not just a day for poets to hit the news. It's also a day when poets hit the streets and creative events go on all over the country.

Two years ago the prestige award went to Janet Frame's posthumous poetry volume THE GOOSE BATH, and as the 2007 winner, one of her poems from that volume was included in the 2009 Poetry Day brochure (pictured above).

The poem is "A New Cheese" and at first sight looks quite self-deprecating. Ah, but Frame was a lover of a fine cheese, and almost always had some very strong tasting and smelling cheeses in her larder.

An acquired taste, and a sign of quality.
Posted by Pamela Gordon No comments: 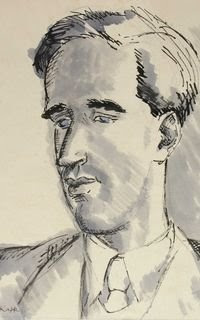 
Janet Frame derived the name of her 1963 novel TOWARDS ANOTHER SUMMER from a line in a Charles Brasch poem.


Dunedin's Otago Museum currently has an exhibition dedicated to Charles Brasch as patron of the arts. The exhibition showcases the generosity of Charles Brasch and his family to the museum, and is named for Janet Frame's description of her friend as "a great good man".
Posted by Pamela Gordon No comments: 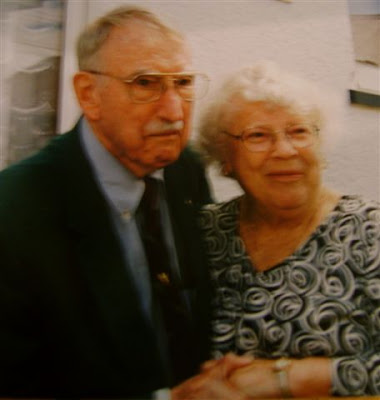 Close friends Janet Frame and John Money meet again for one last time, during his visit to New Zealand in December 2003. They were both old, and very ill, but their loving reunion was a special thing to witness.
(Photo was taken by Eva Ng - technical problems with this reproduction are the fault of blog author and not the photographer!)
Today would have been John's 88th birthday.

John - in spite of his other life as a controversial academic figure - was a beloved family friend. Below is a snapshot from a visit he made to my house in Stratford, Taranaki, in the late 1970s. My daughter had just been diagnosed with autism, and I was interested to discuss the latest theories about autism. At the time there was widespread ignorance of the disorder in New Zealand and in order to gain useful information I had to obtain books and information from the UK and USA. 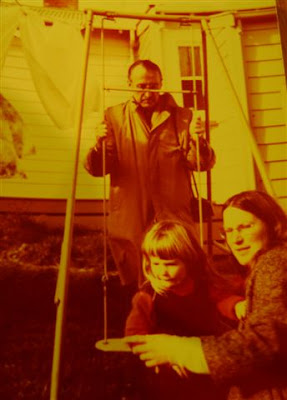 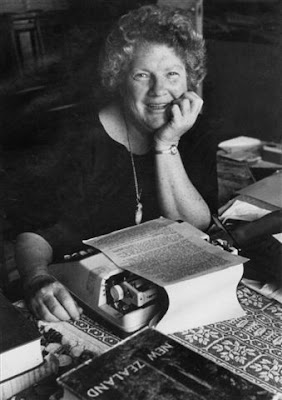 "One feels so safe here behind the typewriter and looking across it into life."
~ Janet Frame, Letter to John Marquand, November 1985
Posted by Pamela Gordon No comments: 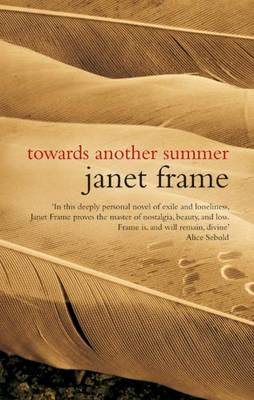 'We rejoice in the lucidity of her observations... deep wells of humanity and poetry' FINANCIAL TIMES
Posted by Pamela Gordon No comments: