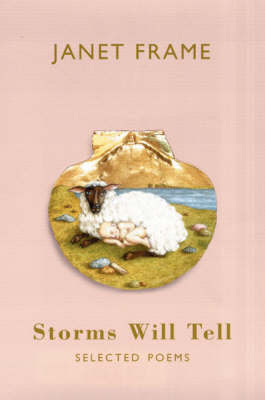 The Spring moss
the plush lining of the jewel-box
rediscovered beneath the snow.
Fever-green surfacings.
Ice with its edges smoothing
shaping in the lick-tongue of the sun
transparent white-green sweet;
then — moss as renewal, a green extra,
sun-sweat, the flower-in-itself, starry evidence,
incapable of wounding.
Spring-moss, crib-moss, beginnings.
Now, forlorn green light upon the black trees,
the moss of neglect, decay, weather,
the aftermath of a yearlong feast
with the year gone suddenly away.
The day has cut off the heat and the light.
Wind snarls in the rain O poor groaning mouth
at the crevices of a season shot full of holes
by birch and maple fire, the trees’ incredulous
It does not happen here, the violence of desertion,
of the difference between our lives as mosscovered graves
and the source, the mine of rich leaflight.
Newly unexpectedly ancient
the trees weep in their mossy beards
in the desolation of rain and cold
in the disillusion of a colourfast world’s fading.
Only the angel birches, good with weather,
receive violence, return grace.


Storms Will Tell: Selected Poems by Janet Frame is published by Bloodaxe Books and is available on Amazon.com and Amazon.co.uk

This event will take place on the 19th March 2012 at Koç University in Istanbul.

Here is the notice (in Turkish): Janet Frame

The organisers mention the relevance and proximity of the event to International Women's Day (March 8th) which reminds me that a special tribute to Janet Frame appeared last year in the special UNESCO Courier (April-June 2011) celebration of heroic and inspiring women.

Janet Frame's posthumous novel Bir Başka Yaza Doğru (Towards Another Summer) has recently been published in Turkey by Yapi Kredi, following the publication of Baykuşlar Öterken (Owls Do Cry) 2010. 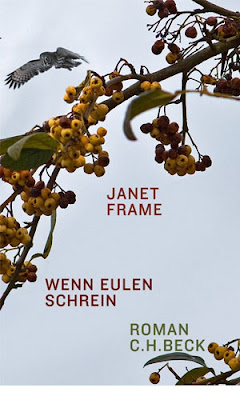 The following passage in which Jonathan Franzen quotes from Janet Frame's novel Faces in the Water, appears in Franzen's Harper's Essay 'Why Bother?' collected in How To be Alone: Essays (Fourth Estate, London 2002, pp83-84):

Flying back from Palo Alto in an enforced transition zone crewed by the employee-owners of TWA, I declined the headphones for The Brady Bunch Movie and a special one-hour segment of E! but found myself watching anyway. Without sound, the segment of E! became an exposé of the hydraulics of insincere smiles. It brought me an epiphany of authenticity, made me hunger for the unforced emotion of a literature that wasn't trying to sell me anything. I had open in my lap Janet Frame's novel of a mental hospital, Faces in the Water: uningratiating but strangely pertinent sentences on which my eyes would not stick until, after two and a half hours, the silent screen in front of me finally went blank.

Poor Noeline, who was waiting for Dr. Howell to propose to her although the only words he had ever spoken to her were How are you? Do you know where you are? Do you know why you are here? - phrases which ordinarily would be hard to interpret as evidence of affection. But when you are sick you find in yourself a new field of perception where you make a harvest of interpretations which then provides you with your daily bread, your only food. So that when Dr. Howell finally married the occupational therapist, Noeline was taken to the disturbed ward.

Expecting a novel to bear the whole weight of our whole disturbed society - to help solve our contemporary problems - seems to me a peculiarly American delusion. To write sentences of such authenticity that refuge can be taken in them: Isn't this enough? Isn't it a lot?

They're reading our poetry here 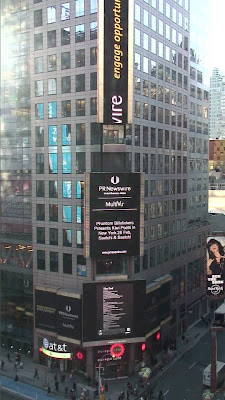 This week, Janet Frame's poem 'The End' has been displayed on a giant electronic billboard in Times Square New York. 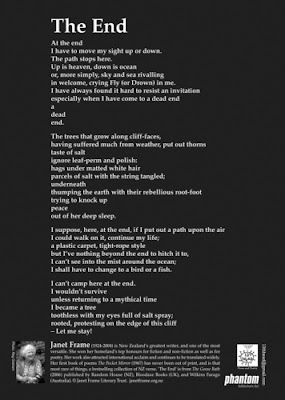 The poem poster, produced by Phantom Billstickers, accompanies a promo for a cultural event to be held in New York on the 28th February at the Saatchi & Saatchi headquarters.

Full information about the event 'Kiwi Poets in New York', about the poetry poster project initiated by Jim Wilson, is in this Press Release.

It will be my great pleasure and privilege to be taking part in this cultural event and reading some of Janet Frame's poetry in a city she loved so much, and visited many times, sometimes staying for extended periods with friends or borrowing their apartments. What's not to love, about New York?

Indeed, what's not to love about New Zealand? Let the Kiwi poets take up that theme! 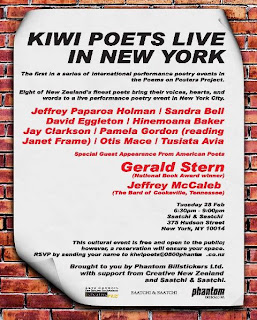 Click here to read the text of Janet Frame's poem 'The End'. It is a poem that she did not publish in her lifetime, but that is now available in the collections The Goose Bath (Random House) and Storms Will Tell (Bloodaxe Books))
Posted by Pamela Gordon No comments: 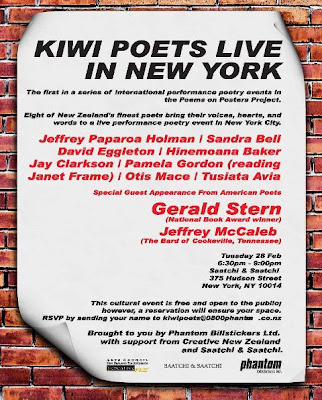 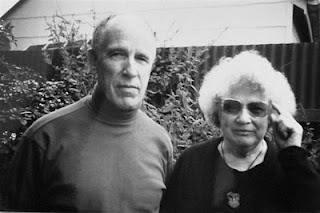 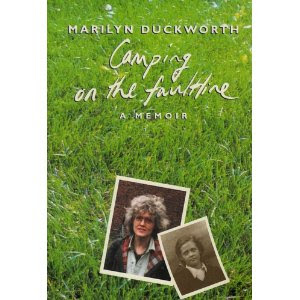 This event is open to the public and will appeal to teachers, librarians and book-lovers everywhere.
POSTSCRIPT: A recording of this lecture is now archived online at: http://www.radionz.co.nz/national/programmes/janetframememoriallectures/audio/2511581/2012-janet-frame-lecture-by-marilyn-duckworth
Posted by Pamela Gordon No comments: