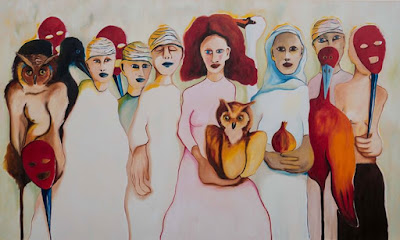 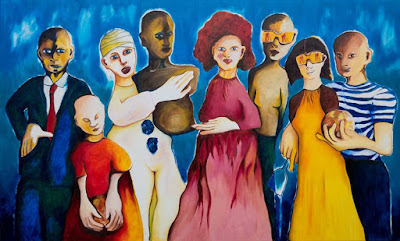 How Many Goodly Creatures
by Theodor Harmsen
"The works try to approach the inner Tempest world, both Shakespeare’s and Janet Frame’s. I imagine, or dream, that Janet and the figures appear on Prospero’s island." - TH
Posted by Pamela Gordon No comments: