Happy New Year of the Sheep! 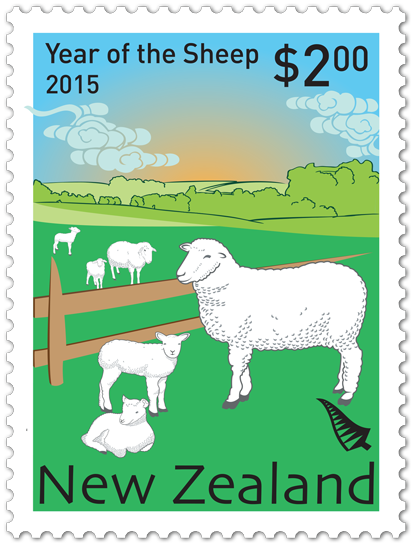 Happy Chinese New Year! This year the symbol is that iconically Kiwi animal the sheep.

At least two of Janet Frame's short stories prominently feature sheep: 'Two Sheep', a brilliant and chillingly unforgettable story that she read aloud at the Fifth International Festival of Authors held in Toronto in 1984.  The festival was also attended by Margaret Atwood, Susan Sontag, Yevgeny Yevtushenko, Homero Aridjis, and we included Janet Frame's draft report on her attendance at that festival in Janet Frame in Her Own Words.

Another story, "The Day of the Sheep", has yielded one of the more popular Janet Frame quotes to be found around the internet:

“It would be nice to travel if you knew where you were going and where you would live at the end or do we ever know, do we ever live where we live, we’re always in other places, lost, like sheep” ~ Janet Frame (from 'The Day of the Sheep') 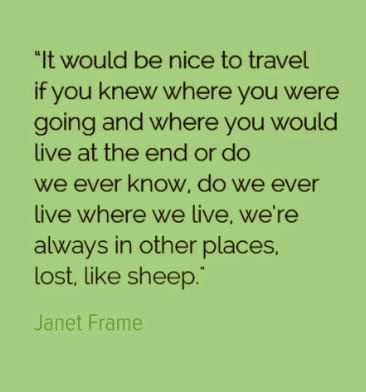 This quote apparently holds special appeal for those restless souls who enjoy travelling - and I heard recently that someone had met a tourist who had part of this quote tattooed on her arm!

Definitely the first time I have heard of a Janet Frame tattoo. Wish there was a photo!

'The Day of the Sheep' was first published in The Lagoon (1952) and 'Two Sheep' is originally from Snowman Snowman (1963). Both stories have been reprinted in the selected stories collection Prizes - also known as The Daylight & the Dust, widely available in paperback and ebook.

By the way: Janet Frame was interested in Chinese astrology - as she was in so many other things - and was aware that she herself had been born in the Year of the Rat.
Posted by Pamela Gordon No comments: