The Good Word on Owls Do Cry 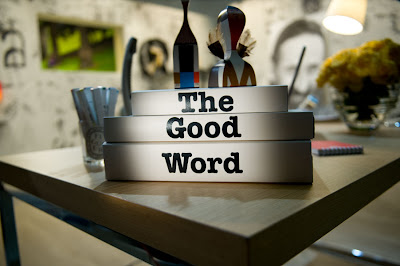 The Good Word is a current New Zealand series about books, produced by 3rd Party Productions.

This excellent show is screened on New Zealand's free to air Freeview Channel 7 and on the pay TV Sky Channel 97.
Episodes are available online at this link: http://tvnz.co.nz/the-good-word
As part of The Good Word show, journalist Finlay McDonald presents a regular ten minute mini documentary called "Under the Covers" in which he takes a closer look at the story behind one of the most famous and influential 'iconic' New Zealand books.
In Series 2 Episode 10, the classic New Zealand book under consideration was Janet Frame's first novel Owls Do Cry, published in 1957 and still selling strongly today.
I was initially dismayed to note that once again the two 'experts' to be interviewed for the segment were elderly men, ex-professors of English, and I was ready to ask why on earth we must still canvass the opinions of "last season's men" - after all don't we have a more up to date opinion on Frame and her work to air, from some of our contemporary Frame scholars?
Was this overview going to push that predictable old chestnut the biographical fallacy, or would any of the usual suspects manage to slip in some patronising innuendo about Frame being "strange" and that her work was the unwitting outpouring of an untutored and naive genius?
But I was pleasantly surprised. The footage we were shown from the interviews was interesting and enlightening. There had clearly been a careful effort on the part of the production team, to provide a balanced picture of the topic.
There was, in the composition of the segment, I felt, an unfortunate over-emphasis on Janet Frame's psychiatric history (for the sake of the 'visuals' we were forced to visit Seacliff hospital to see where she spent about three of her 80 years of productive life), when there are so many oft neglected aspects both of the novel and of Janet Frame's life.
Of course the amazing "save" from a lobotomy is worth telling - but did we have to be subjected to an illustrative clip from Jane Campion's movie, in which the actor playing Janet Frame shakes like a scared puppy when the doctor tells her she has won a literary prize and will not be having a brain operation. Seriously folks, if Janet Frame was really that quivering jelly, could she have written Owls Do Cry?
The caricature is disappointing to anyone who actually knew Janet Frame well, as is the fact that clips from the fictionalised film adaptation of Frame's autobiography seem to stand in as documentary evidence for Frame's state of mind and physical demeanour at a time in her life when the only cameras that were actually present, captured a shy but determined, and always-smiling Frame, launching out onto her artistic destiny with great resolve and courage - and backbone.
The slippage between the film Janet and the real Janet has been an unintended consequence of what was really a beautiful art movie - one artist's interpretation of another artist's story; who could have known that 20 years after its release, the film Janet has (for many - not all!) superseded the real Janet?
Actually Janet Frame did predict this, as her biographer Michael King reports that she wrote to Lindsay Shelton of her regret that "things that happened in the film that did not happen in her life" would eventually become part of the "authorised version" of her life. And so the Myth becomes an unstoppable tsunami...
The programme screens on NZ's Freeview digital channel TVNZ 7, and archived episodes can be viewed online at this link:
TVNZ
Posted by Pamela Gordon No comments: 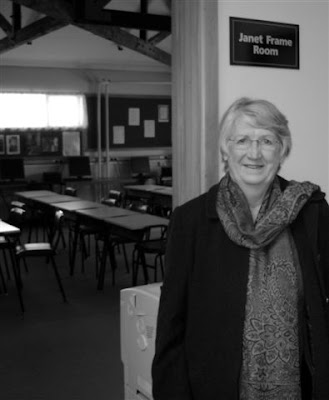 I have lived in South Korea (teaching English at a provincial university) and have a great fondness for the language and the people and the country, so it will be a special pleasure for me to have been part of making Janet Frame's work available there in translation.
Posted by Pamela Gordon No comments: 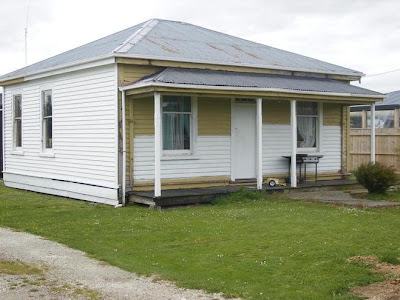 realestate.co.nz
I don't personally recommend that anybody attempt to buy up every house that Janet Frame ever lived in. There is a wonderful place to visit at 56 Eden Street Oamaru that is a fine tribute to Janet Frame, and the Trust that cares for that house has no major sponsor at all - they have to beg for small grants to keep their house maintained and open to the public.

The "Friends of Janet Frame House" PO Box 180 OAMARU would welcome your support.
Posted by Pamela Gordon No comments: 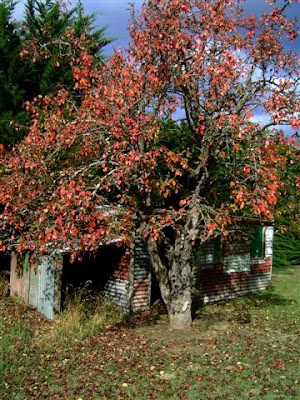 "The leaves fall as if from far away" (Rilke, 'Autumn')
The old pear tree in the back yard of 56 Eden Street is as lovely in 2010 autumn colours as it was in Janet Frame's childhood. This tree is believed to have been the inspiration for the pear tree in Janet Frame's magnificent three-part novel Intensive Care.
Posted by Pamela Gordon No comments: 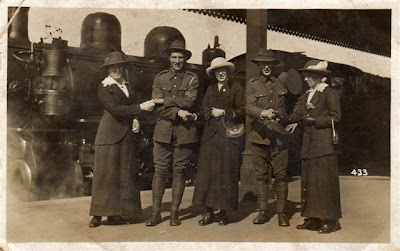 1916, Dunedin Railway Station. Two of Janet Frame's uncles head off from New Zealand to the War in Europe.

You're so vain, I bet you think this story is about you

British satirical magazine Private Eye recently lampooned CK Stead in reporting a NZ brouhaha concerning his recent prizewinning "revenge fantasy" short story
A storm in a literary small pond
Link: "A man for all seasons?" by Guy Somerset, NZ LISTENER May 1-7 2010 pp 28-31
(This article is an excellent piece of journalism, and in my opinion is a fair summing up of the controversy.)

There is an extensive discussion on the "stoush" on Stephen Stratford's QUOTE UNQUOTE blog.

"a golden cut glass dish where Mother used to make the Christmas and New Year jellies that we would hold up to the light and look through, to see the gold"
(Chapter 24, The Envoy From Mirror City)
After my Frame grandparents had both died, my mother and her sister Janet Frame forfeited their share of the family house and land at "Willowglen" in Oamaru, in favour of their one remaining sibling my uncle George Frame. George kept most of the furniture and chattels, but Janet writes, towards the end of her third volume of autobiography, of choosing just a few keepsakes and bringing them north to my family home in Northcote, Auckland.
And so she did - I remember it well. In fact in the last chapter of that book I get a walk-on part myself: because I "played" with some of the inherited treasures, in a way that she initially perceived as disrespectful. My innocent co-opting of some of the keepsakes for my play house, is used as a metaphor for Janet's own literary use of treasures from other people's life for her fiction. (She asked and received my permission to write about that, by the way!)

The jelly bowl wasn't a play thing though. It became for a time the Gordon family jelly bowl too, and then, a fruit bowl. I always loved it, even though it had sustained a few chips over the years, and eventually Mum handed it on to my care.

Last year I took the bowl and some other significant family heirlooms and lent them to the North Otago Museum at Oamaru, where they are now on view as part of the Janet Frame display.
Posted by Pamela Gordon No comments: 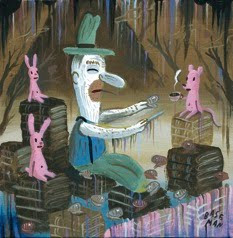 The resulting "Q & A" was posted this week on the New Yorker website's blog 'The Book Bench":