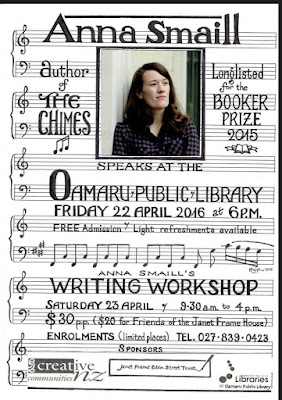 Man Booker Prize longlisted novelist Anna Smaill has been invited to Oamaru by the Friends of the Janet Frame House. She will speak at the Oamaru Library at 6pm on Friday 22nd April 2016 and give a writing workshop the following day at the Janet Frame House, 56 Eden Street, Oamaru.

Anna Smaill, as well as being a poet and novelist, also studied Janet Frame in her academic career. She published an essay 'Beyond Analogy: Janet Frame and Existential Thought' in Frameworks: Contemporary Criticism on Janet Frame (Rodopi 2009) edited by Jan Cronin and Simone Drichel.

Smaill's own celebrated novel The Chimes was dubbed by the Guardian as "an original Dystopian Debut", so the audience at her talk can be guaranteed some fascinating insights into this theme.

Another great literary weekend sponsored by the Friends of the Janet Frame House. 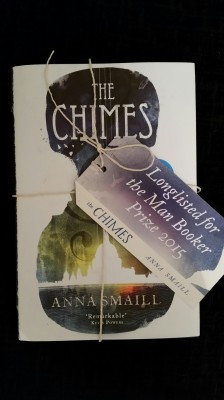