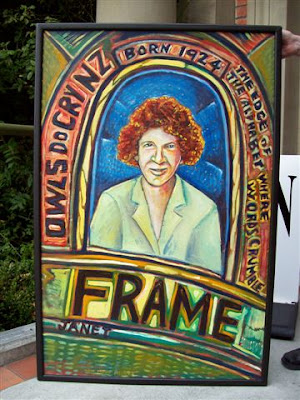 New Zealand artist Nigel Brown has donated this painting of Janet Frame to the Eastern Southland Art Gallery (also known as the "Goregennheim") at Gore.
Posted by Pamela Gordon No comments: 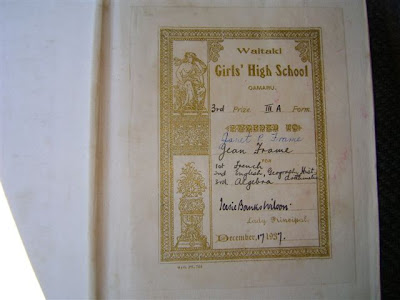 Above is the bookplate of one of Janet Frame's early prizes. Her achievement? To have attained third place in her class, in Form IIIA. The year was 1937, and Janet was 13 years old. She had scored first in French, second in English, Geography, History and Mathematics, and third in Algebra.
At that time, Janet was referred to as "Jean" at school but you can see that she has inscribed her actual name "Janet P. Frame" above the "Jean Frame" written by the Principal Jessie Banks Wilson.
The prize volume was an inspired and doubtless an inspiring choice: 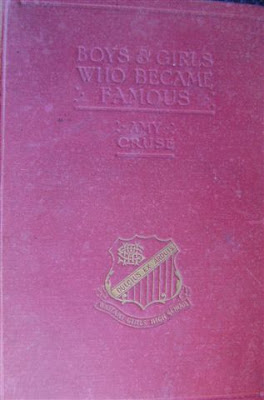 Chapter 12 describes Charlotte Brontë's childhood and this is likely to be the first encounter Janet Frame and her sisters had with the story of the Brontë family. In her essay 'Beginnings' Janet Frame says she and her sisters would occasionally draw "a grandiose dramatic parallel" between their lives and that of the Brontës. Janet lived to regret having made public that fanciful comparison, and felt that it was later made too much of by commentators on her life.
I had the pleasure recently to loan this book, along with a couple of other artifacts formerly belonging to Janet Frame (her father's bagpipe chanter and the amber cut glass bowl her mother used for serving fruit jellies) to Oamaru's North Otago Museum. The museum plans to exhibit these items as part of an upgrade of their Janet Frame display cabinet. 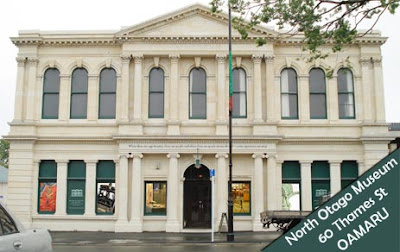 Kiwis Fly in the NY Times

There's a fabulous review of Janet Frame's Towards Another Summer in the New York Times Book Review dated May 17th.

And in the same edition a review of New Zealand poet/essayist Martin Edmond's magnificent Luca Antara. 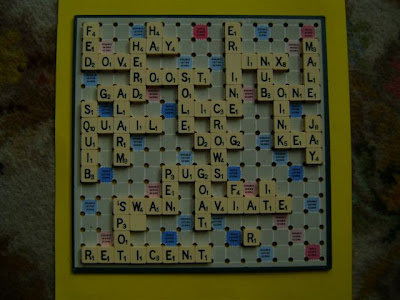 Janet Frame was a keen scrabble player. I came across her travel scrabble set recently. This particular "solution" seems to have a bird theme.

I noticed an "r" was misplaced - perhaps it fell out in transit and was was just put back in anywheres. Or perhaps the losing party had the "r" in their hand at the end of the game. Or was this a solitaire effort?

I remember many lively scrabble games with Janet as one of the players. She wasn't the only strong player in the family by any means so the games were lively, often raucous, and full of challenges as to the meanings and legitimacy of the various unusual words on offer.
Posted by Pamela Gordon No comments: 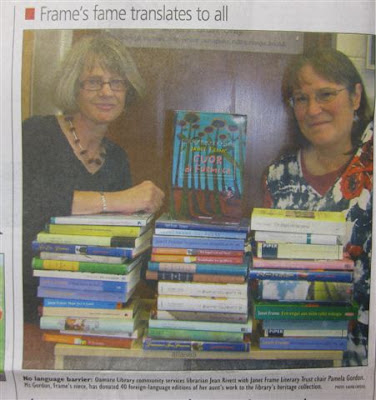 For the locals it is an insight into the international appeal of the writings of their famous fellow Oamaruvian.
Posted by Pamela Gordon No comments: