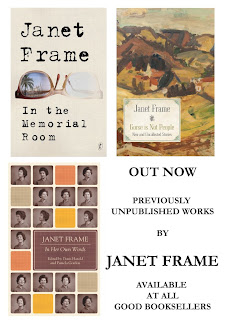 New work by the inimitable Janet Frame herself is available from all good New Zealand bookstores and online booksellers.

Gorse is Not People: New and Uncollected Stories (Penguin NZ 2012)

Janet Frame in Her Own Words (non-fiction) (Penguin NZ 2011)

Also available is a wide variety of backlist, poetry, stories, novels and non-fiction.
Posted by Pamela Gordon No comments: 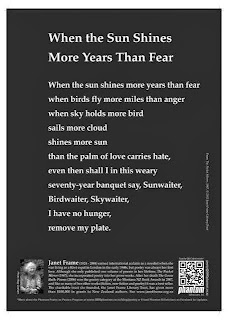 The new Janet Frame poem poster has been seen around town and around the world. (Released on 28 August 2013 by Phantom Billstickers and the Janet Frame Literary Trust.) 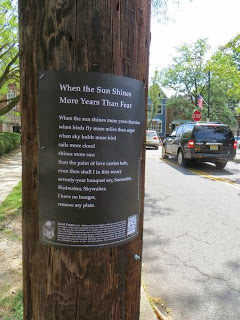 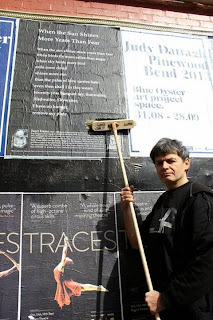 Poet David Eggleton does the honours at the Dunedin launch. 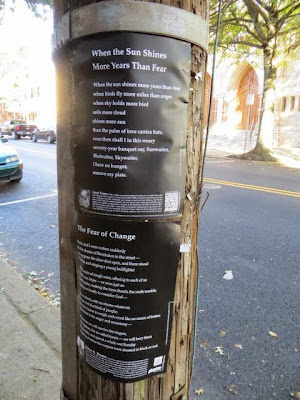 Janet Frame and James K Baxter were close friends, so it's great to see these poems by the two appearing together, somewhere in the USA (photo Phantom Billstickers)

"The work's the thing" 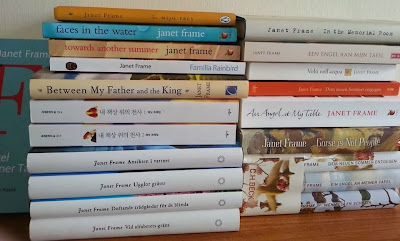 "The work's the thing" was one of Janet Frame's favourite expressions, along with "Genius is 1% inspiration and 99% perspiration".
Posted by Pamela Gordon No comments: