Will be broadcast for the first time. 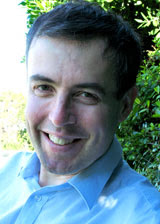 The New Zealand Society of Authors
announced today that
Tim Jones
is the 2010 recipient of their biennial
Janet Frame Memorial Award for Literature.

Tim Jones is a poet and author of literary fiction as well as science fiction.
He plans to use the award to help him with the writing
of his third collection of short stories. 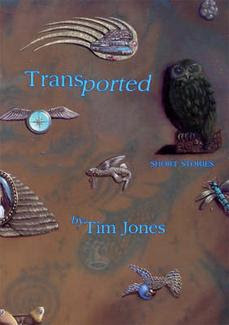 Tim Jones blogs at Books in the Trees.
Posted by Pamela Gordon 1 comment: 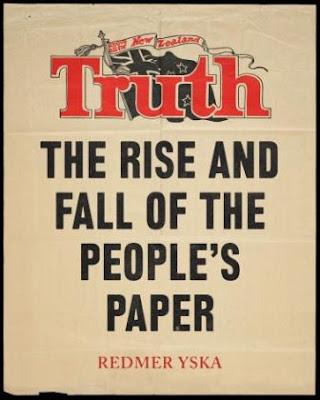 New Zealand publisher Craig Potton has recently published a history of the long-running newspaper New Zealand Truth.
The book is introduced by a Janet Frame quote from the first volume of her autobiography (by kind permission of the Janet Frame Literary Trust).
The quote begins "Though we were forbidden to read the Truth..." but then goes on to describe the typical forbidden glimpses of the sensational content that is associated with tabloid newspapers.
Interestingly, I recently read an excellent academic article ('The poetics of dissolution: The representation of Maori culture in Janet Frame's Fiction' by Cindy Gabrielle, in the Journal of Postcolonial Writing, Vol. 46, No. 2, May 2010, pp 209-220) which also quoted Janet Frame on the subject of Truth.

This quote was from the short story 'The Lagoon' (from the collection of the same name), in which the protagonist's aunt utters the line:

"I prefer Dostoevsky to Truth."
Posted by Pamela Gordon No comments: 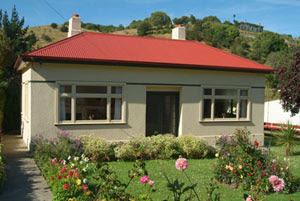 It's all about the work

It's always a highlight of my week when yet another courier parcel arrives with copies of the latest Janet Frame edition.

Kind of makes everything worth it.

Today the shiny new volume - ah that lovely smell of a new book - is the US paperback edition of Counterpoint Press's Prizes: The Selected Stories of Janet Frame.

The hardback first edition of this selection of the best of Janet Frame's published stories was released last December 2009.

This paperback is very comfortable to hold and read. It has an attractive large font. I particularly appreciate a large well-spaced font because I don't have the best eyesight.

The hardback edition has been well received and reviewed and it's good to see it being followed up by a paperback which will allow these wonderful stories to reach a wider audience.

Here are some of the reviewer responses to Prizes:

"Frame is mythic, slyly funny, and psychologically dead-on. And just as wryly critical of herself as of others, most astringently in "Prizes", a tale about the intrusiveness of success. Laced with startling observations and leaps of the imagination, Frame's gracefully excoriating stories are iridescently alive."

"Frame's stories, in her new collection Prizes, are deceptive treasures, unadorned but absorbing in their depth and lucidity of observation. Her understated descriptions of the color, texture and shape of the physical world - the clothes, cups, plants and animals that comprise it - grant her work sharp insight into the distinctly human dramas of identity, loneliness, and loss."

"Frame's stories remain entirely applicable to contemporary issues. They are a kinder, gentler 1984, pointing to the danger of 'well-meaning' coercion and compulsory psychological conformity."