Room Temperature is an installation at Dunedin Public Art Gallery by artist Mary McFarlane that explores the memories and experiences associated with caring and illness. It's a moving experience to look through wire-wove bedding at the sick-rooms within the contained areas, blurred glimpses evoking the loss of privacy that so often accompanies a major long-term illness but also the secrecy and distance and the separation of the ill person - and their carer - from their former daily lives. Symbols, metaphors and allusions abound, and the viewing takes on a personal element as the onlooker brings their own memories to the contemplation of the scenes and objects. 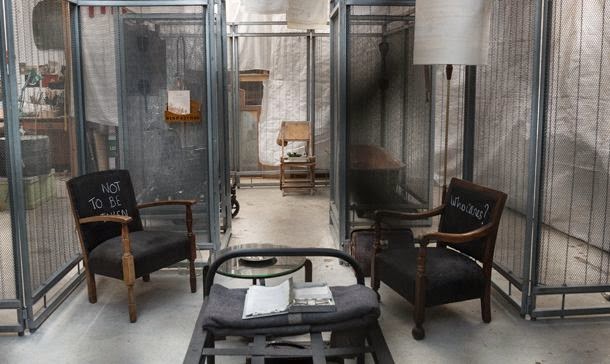 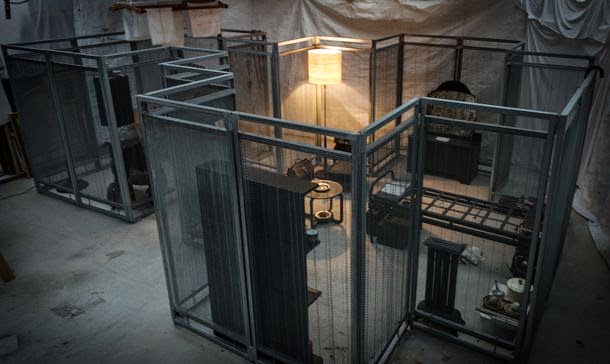 "Language weaves a personal narrative through the atmospheric environment."

Words also appear as part of the installation, embroidered, printed and painted and drawn and scrawled throughout the arena. Some are words or phrases on the objects, or on hanging cloths, and some messages are presented as ephemeral, written on large tissues that can be read and then scrunched up by visitors.

Some aspects of the installation memorialise prominent New Zealand writers and artists, including Mary McFarlane's late husband the great Ralph Hotere, and their Dunedin friends Janet Frame, Ted Middleton, Hone Tuwhare and others whose names appear on enamel cups on a shelf along one wall.

Mary McFarlane quotes a passage from Charles Brasch that has long inspired her:

"The course of an illness, like a long voyage, carries one through constantly changing seas and weathers, now sailing quietly on, now becalmed, now even being blown back, passing through all the climates of the seasons, and touching at lands known and unknown." ~ Charles Brasch (from Indirections: A Memoir) 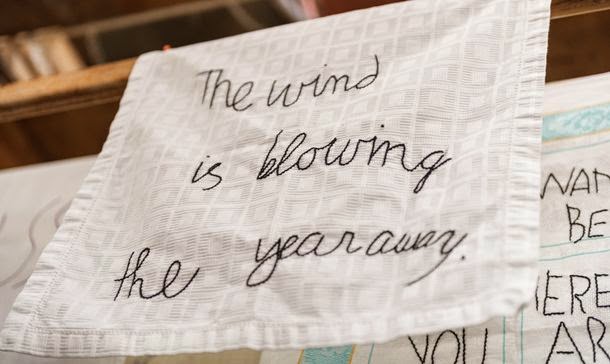 A line written by Ralph Hotere and embroidered by Mary McFarlane.


See this link for an Otago Daily Times review.
Posted by Pamela Gordon No comments:

Owls Do Cry is the #greatkiwiclassic 2015 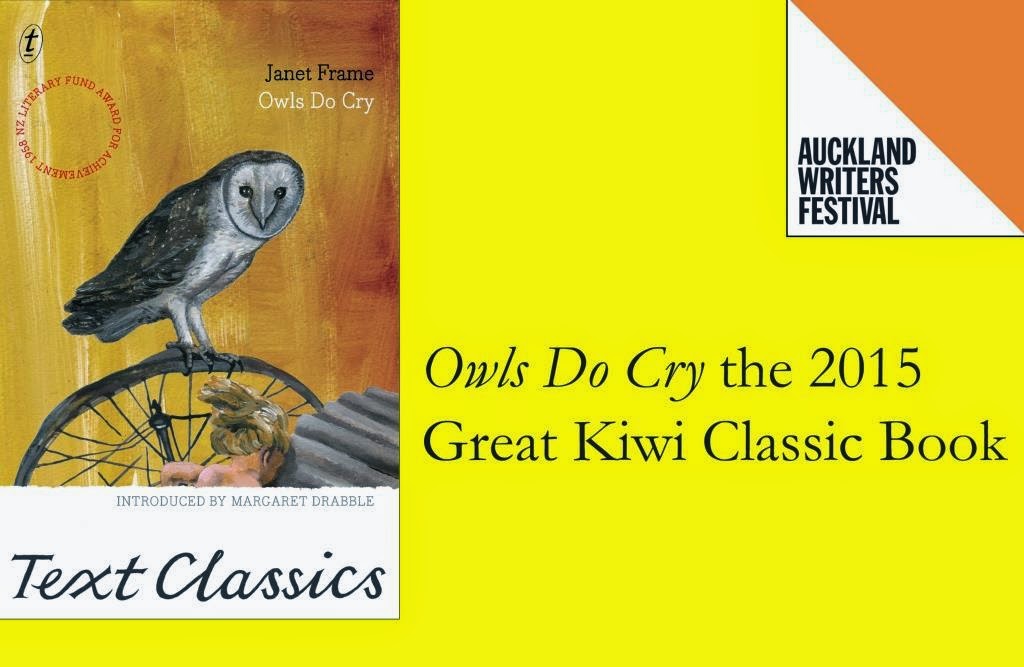 In breaking news this week: the NZ Book Council in association with the Auckland Writers Festival has chosen the 2015 "Great Kiwi Classic" for 2015: Owls Do Cry by Janet Frame, after a period of nominations from the public.

Owls Do Cry will be the subject of a "giant book club" discussion culminating in an event at the Auckland Writers Festival in May during which a panel of authors will discuss their responses to the much loved book.

Here is the Press Release. 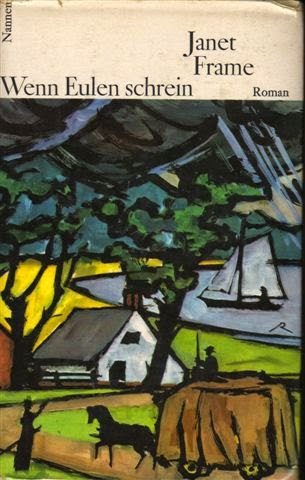 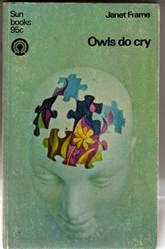 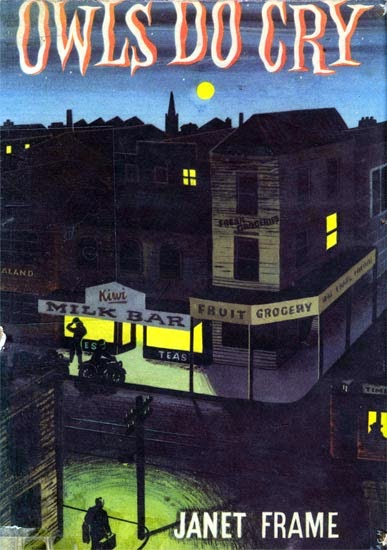 
Here is a recipe for something that is sometimes known as N.Z.’s national sweet. You are not a New Zealander, it seems, until you have a Pavlova cake, called a ‘Pav’. Shudder and horror of horrors.


Add salt and cream of tartar to the egg whites and BEAT UNTIL STIFF. (The Marquis De Sade’s favourite recipe.)

Add sugar, a little at a time. Add vanilla and vinegar and fold in cornflower (beating all the time).


Then wet a large piece of greaseproof paper, place wet side down on oven tray. Pour mixture on paper. Put tray in oven at 350 degrees and turn off oven. Leave for 45 minutes to an hour.


Remove. Invert on plate and spread with whipped cream and fruit if liked, especially passion fruit.
That is a party dessert. 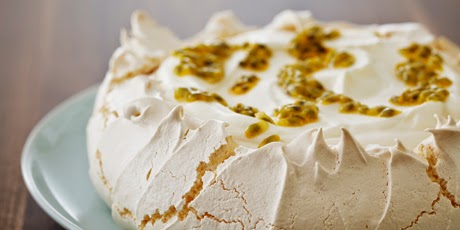 Photograph of a passionfruit pavlova from:


Posted by Pamela Gordon No comments: