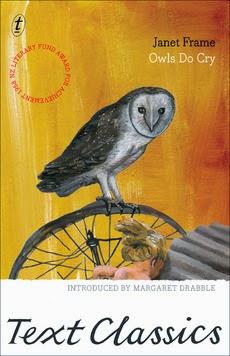 An emphasis on highbrow literature

The Janet Frame Estate's magnificent literary agent Andrew Wylie was interviewed last year for New Republic (7 October 2013). They called him "the reigning king of the backlist" and note that "his distaste for commercial fiction" is "legendary".

"It might seem that Wylie’s single-minded emphasis on highbrow literature would have made him an early casualty of the turmoil in book publishing. Instead, he has thrived—throughout the rise of the mega-bookstores, the emergence of Amazon, and the e-book turf war over digital rights and royalties."

The Wylie Agency's client list is staggering: as you start at the beginning of the alphabet, you notice the procession of great and good names, alive and dead. The estates! For instance, the Diane Arbus Estate, J.G. Ballard Estate, Jorge Luis Borges Estate,  Saul Bellow Estate, Roberto Bolaño Estate, Joseph Brodsky Estate, William Burroughs Estate, Italo Calvino Estate, Raymond Carver Estate... And the sparks fly impressively, right until the end of the list.

Some quotable quotes from the man himself:

"Unless you’re a terribly bad writer, you are never going to have too many readers."

"The Frankfurt Book Fair is my idea of heaven."
Posted by Pamela Gordon No comments:

Charles and Janet at DWRF 2014