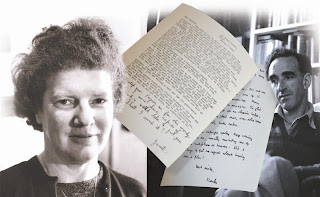 How appropriate that the article should appear as a celebration of Janet Frame's continuing legacy, on Janet Frame's 86th birthday.
Posted by Pamela Gordon No comments: 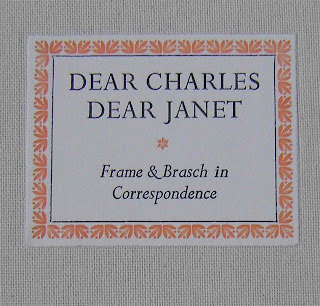 I finally saw this beautiful work of art today - a hand printed edition from Holloway Press, University of Auckland.

Several of us have put a lot of work into this project and it's so good to see the finished product. Seems like ages since I last saw a proof copy! It takes time to do things the old fashioned way...

The idea started out early last year as a simple tribute to Charles Brasch on his 100th birthday, made from the Janet Frame Estate. We gathered together some passages from the correspondence between the two friends, as well as some of the things they wrote about each other in memoirs, journals and poems. The material fell beautifully into a form of conversation between the two, punctuated by thoughtful asides.

We staged a very warmly received reading of an early version of the text at the Auckland Writers and Readers Festival in 2009. Then came the idea to set the text in a fine edition.

Please click on this LINK to see more details and to order a copy of the book. There are only 150 numbered copies in this "fine edition" so don't delay if you want to own this collector's item.

Launch date is 26th August and there will be a gathering to celebrate at the Gus Fisher Gallery, Auckland, at 5.30 pm. 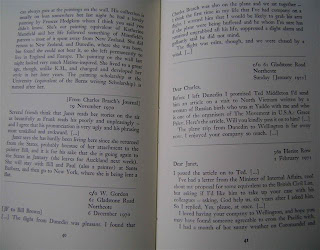 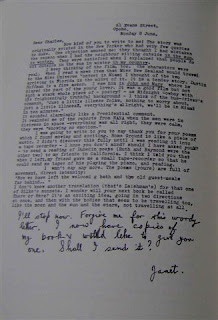 Was reading an interesting article the other day about things to look for to indicate that your child is "gifted". Couldn't help noticing that every single feature applied strongly to Janet Frame as a child (as reported by her family and by several of the close childhood friends who remained in touch with her for her whole life). Here is the list:


It does pay to remember that I am talking here about the REAL Janet Frame, not about the fictional bio-pic portrayal of her. A rather misguided medical doctor once made news headlines around the world by apparently "diagnosing" that "Janet" had displayed some linguistic disabilities as a child. It turned out the researcher got this idea from watching the Jane Campion movie and mistaking the demeanour of the actors who played "Janet" for evidence of the behaviours and attributes of the real person.

Hard to believe anyone could be that naive, but the movie is a beautifully done authentic-seeming portrait and it is a great tribute to the actors and to the director, and of course to the script which was adapted from Frame's own bestselling autobiography, that viewers of the movie do feel that they have encountered and come to know the real "Janet Frame".

Some of those viewers even claim to know the real Janet better than she knew herself...

That "expert" has persisted in making the extraordinary claim that Janet Frame displayed delayed language acquisition as a child, when there is no medical or other evidence anywhere for this being true.

I've tried to understand why anyone would invent this supposed "proof", but then I finally realised it must have been based on the fact that an older actor played Janet Frame in the film from babyhood until secondary school age. That's a huge age range for one young actor to play! It works better when the actor plays Janet at roughly her own age, but misunderstandings can arise when a much older actor tries to represent the behaviour of an infant.

So the much older-looking child spoke in the babyish talk of Janet as an infant. Thus the older child seemed to have a language deficit. Such babyish talk, not perfectly pronounced, coming from the mouths of babes is not deviant or delayed. It's part of the usual developmental process.

It is hard to believe, again, that a medical doctor should treat a viewing of a movie as if it were a clinical consultation, and come up with a controversial "diagnosis" that contradicts all the claims made by Frame's own medical doctors and by her close family.

I have over the years carefully canvassed Janet's lifelong friends on what she was like as a child, and one neighbour in particular gave a striking picture:

"We were all in awe of Jean" she said (Janet was called "Jean" until she left school). "She was so obviously destined for greater things. The teachers all knew it too. Jean could stand up in class and challenge the teachers if she thought the wool was being pulled over our eyes. We wouldn't have dared do the things she did. Later on she was made a prefect even though the children of working men were not usually allowed to be prefects. It was just because nobody could ignore her qualities and abilities. She stood out, from a very young age."

Another ramification of giftedness in children is of course that they can feel lonely and isolated until they encounter their "own kind" and can mix with kindred spirits who can "get" them at the same level they are at. Janet Frame was unlucky in her early years, to be a fish out of water in a narrow provincial society.

She was accepted by her friends and family as a person, but there was something missing - someone to understand the depths of her giftedness.

When she first met other NZ writers, she felt accepted as an artist for a first time and that was a great liberation for her. But unfortunately the writerly clique she became mixed up with, was a predominately male and often misogynistic one. She was patronised both as a woman and as an ex-mental hospital patient, even though the men admired - and envied - her talent and her writerly success.

But by her own admission (cf her autobiography) she didn't feel truly accepted both as a person and an artist until she left "narrow-minded" New Zealand and stayed with other writers and artists in the USA. 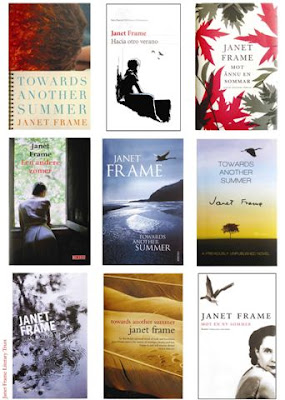 It's a tremendous privilege and responsibility to be able to read and assess these always astonishing unpublished manuscripts and make the decision whether or not, and when, to publish them. And it is very satisfying, as in the case of The Goose Bath and Towards Another Summer, and the New Yorker and Granta and A Public Space stories, to have the estate's decisions vindicated by the warm critical and public response to the newly emerging work.
Posted by Pamela Gordon No comments: 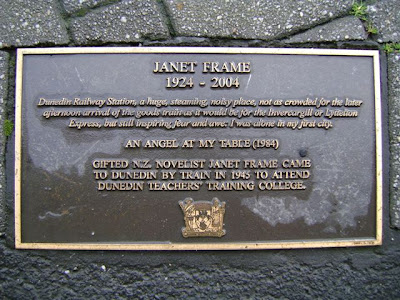 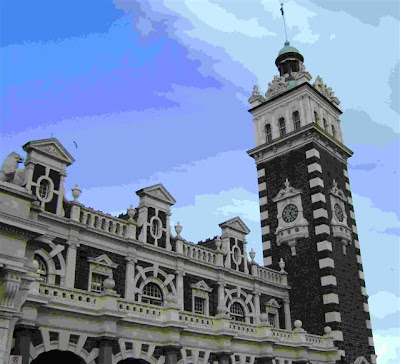