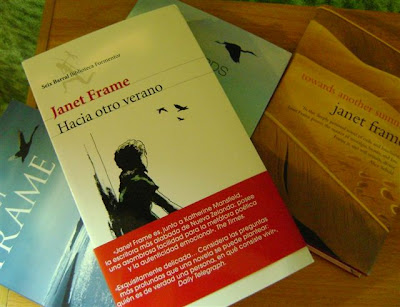 Yesterday the contract arrived formalising the agreement for the upcoming US edition. That's kind of a foreign language from a Kiwi perspective. Janet Frame's books were 'translated' into American in the past. Mind you, since then US spelling has spread around the rest of the world quite quickly thanks to computer spell-check programmes (a word which the computer itself insists on correcting to programs).
Posted by Pamela Gordon 2 comments: 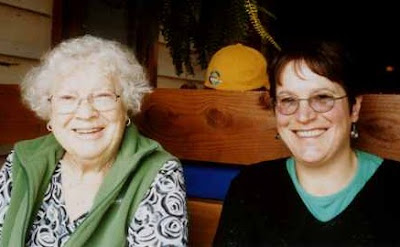 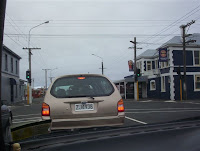 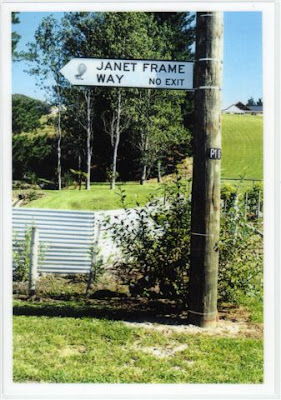 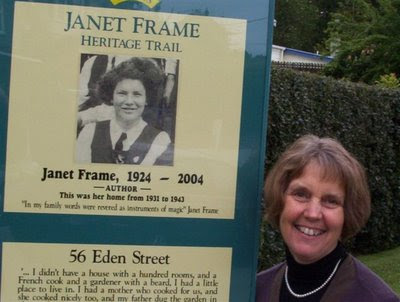 Virago issued an attractive new edition of Janet Frame's autobiography An Angel at My Table in January 2008, complete with an updated set of photographs, and this will also have served to refresh the interest of the UK reading public in Janet Frame's life and work.
Posted by Pamela Gordon No comments: 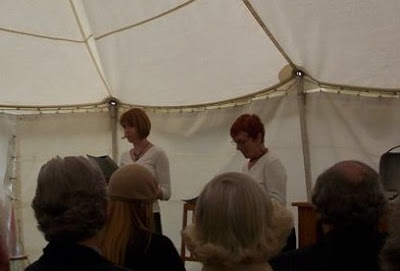 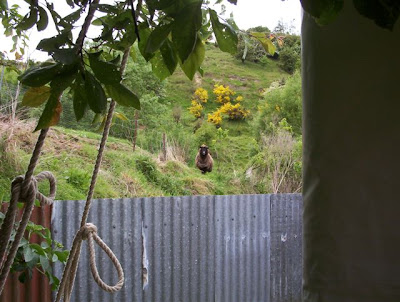 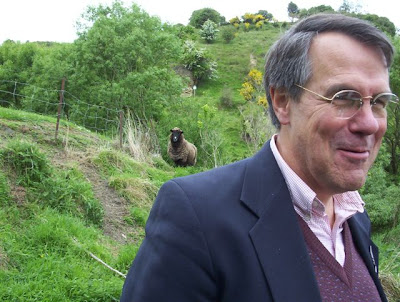 Bill Tramposch, former CEO of NZ's Historic Places Trust, and founding member of the Eden Street Trust, who with his wife Peggy originally had the vision to purchase and restore Janet Frame's childhood home, is here pictured with the sheep he fondly nicknamed "Janet".
Posted by Pamela Gordon No comments:

To order a copy of Issue 7 or to subscribe to the magazine, here is the link:

The story 'Dot' has since been published in Janet Frame's posthumous collection of stories, which is available in several different editions (hb, pb, ebook):

Between My Father and the King:New and Uncollected Stories Wilkins Farago, Australia (paperback 2013)
Posted by Pamela Gordon No comments: 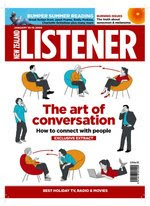 A brief cold snap has dissipated and heat wave conditions prevail over most of Aotearoa New Zealand. Christchurch has enjoyed a high of 32 degrees C with a light nor'wester today. It's very warm in Dunedin too. The school holidays roll onwards and much of the country is still at the beach or at the lake.

Perfect timing for the NZ Listener's "Feast of Fiction" - the summer reading issue packed with some extremely appetising-looking fiction and poetry.

The Listener has changed its political spots dramatically, in recent years, and it has adopted a blatantly right wing bias in its opinion pages. I know that this partisanship has put many readers off (myself included). But there is one aspect of the Listener that in my opinion still makes it indispensable in NZ cultural life: the Arts & Books section.

It's especially heartwarming to see the poetry in this summer reading issue. Congratulations to the Listener for actually listening to the protests of NZ readers and writers who were outraged by the suggestion that the new poetry feature might be axed from the pages of the venerable weekly magazine, as a cost-cutting measure.

That's a relief, because many New Zealand authors had their first significant publication in the Listener (Janet Frame was one of them), and it is to be hoped that the Listener will continue to provide a forum for upcoming generations of Kiwi writers.

"A Boy's Will" was first published in Landfall in 1966 but Janet never included it in any of her story collections, so it's not well known. It's one of several 'uncollected' stories that the estate has included in the upcoming volume PRIZES: SELECTED SHORT STORIES, to be published by VINTAGE NZ February 2009.

This comprehensive new selection of Janet Frame's published stories has also been sold to Random House Australia, Virago for the UK and Canada, and Counterpoint in the USA. It will appear in those countries at a later date. 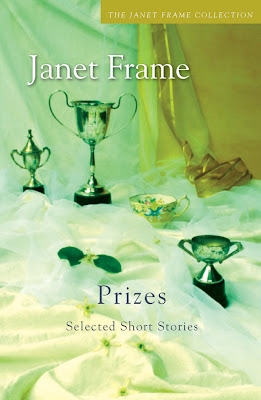 More on PRIZES as the time comes! Meanwhile I'm looking forward to reading all the other Listener stories and poems. The "Feast of Fiction" would be great for beach reading, but also to take along if travelling, which is convenient for me as I can take the Listener issue with me tomorrow as I embark on a long bus and train journey.

I'm off to attend a family funeral. One of Janet Frame's favourite cousins has died as the result of a motorbike accident, and his passing has sadly added to the distressing holiday road toll that New Zealand has suffered this year.

There aren't many of that generation left in our extended family. My second cousin would have been 90 this year and as you'd expect from the information that he was still out riding on his motorbike at that age, he was full of vitality to the end. 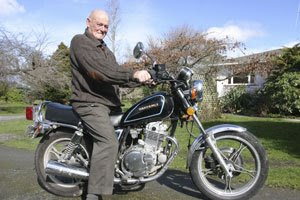 I could never believe he was as old as he said he was. He was from the Godfrey side of the family, a branch of the extended family that seem to have been able to preserve their youthful freshness and optimism even into old age. I never met a jaded Godfrey. They all seemed to be alive and awake and interested in the world in every minute detail, full of curiosity about everything, and with a mixture of bemused innocence and sage-like wisdom. Of course these are qualities that Janet Frame had in abundance too and that are so characteristic of her writings.

Here's a brief passage from "A Boy's Will", which is a story full of weather, as it is about a budding meteorologist :

Auckland this summer was a factory of storms.
Lightning, thunder, rain swept from West to East, Tasman to Pacific, rolling big smoke-white clouds like a bushfire in the sky with tongues of lightning darting and stabbing and the thunder exploding and more rain like sheets of aluminium falling. Peter dealt with each storm by recording it, calculating, experimenting. He collected and measured the rain in his rain-gauge, he read his barometer, his maximum and minimum thermometer, and then after such close disciplined reading he spent hours reading the sky, in agreeable free translation.