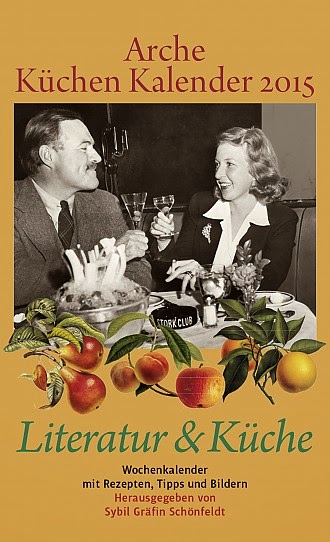 For 2015 Janet Frame will again feature on the Arche Literary Cooking Calendar.
It's a winning idea: recipes, or at least descriptions of meals, are drawn from the author's writing and these are supplemented by a recipe and illustrations of the ingredients. Beautifully done.
(It's in German of course!)
Here was Janet Frame's page for the 2014 calendar: 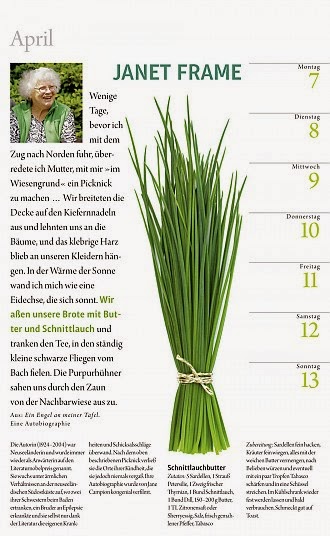 She was joined by Philip Roth among many others. 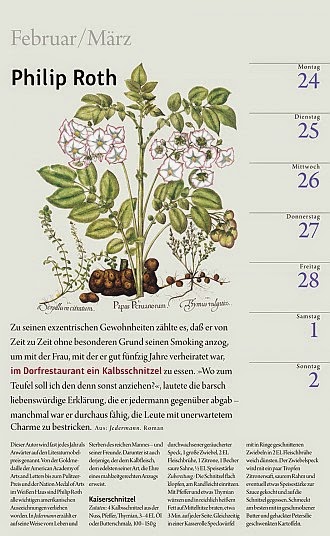 Janet Frame's recipe for 2015 is Fisch unter der Haube, inspired by a passage from Living in the Maniototo (Auf dem Maniototo).
Some of the many other great authors included in the 2015 calendar include Thomas Mann and Alice Munro.

You can peruse a range of fascinating calendars (and order, if you wish) at this link: ARCHE

Some previews of the 2015 Arche Küchen Kalender 2015 can be found here.
Posted by Pamela Gordon