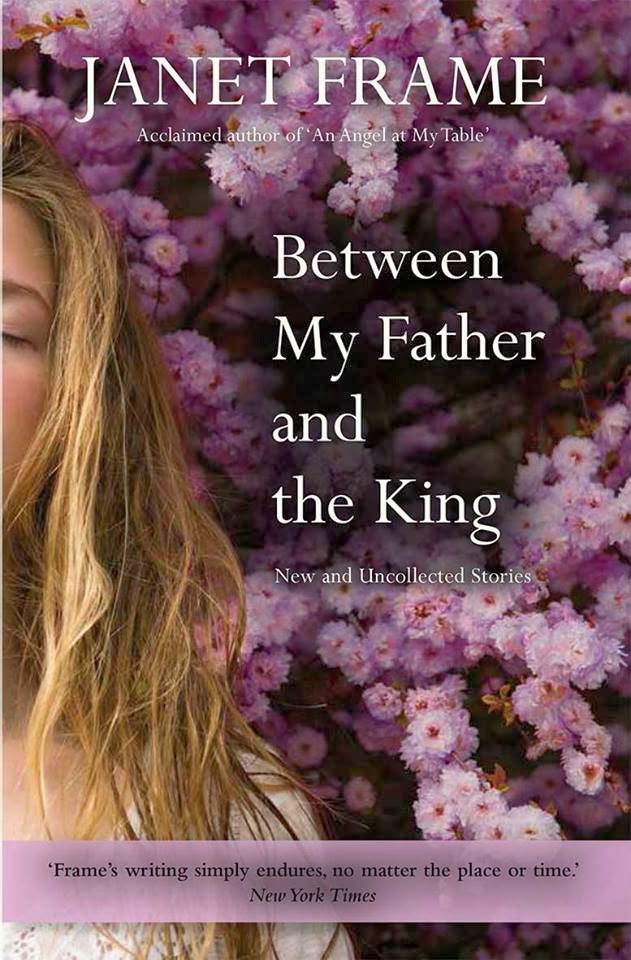 Between My Father and the King: New and Uncollected Stories
Wilkins Farago, Australia (paperback Dec 2013)
'Between Fiction and Memory'
"There is more than enough here to demonstrate what made Frame such a vibrant, insightful, insistent, and distinctive writer."

I'm just catching up with this marvellous review of Between My Father & the King by Sophia Barnes in the Australian Book Review (June/July 2014 no. 362):

" Frame always dealt deftly with the darkest parts of human nature, in a way that is utterly unsensational and matter-of-fact – all the much more effective for that. The posthumously published ‘Dot’,  like the hitherto unpublished ‘Big Money’, is marked by a dénouement whose stomach-clenching shock derives as much from the subtlety with which it is handled as from its content. "

" ‘An Electric Blanket’, apparently disliked by Frame’s close friend and mentor Frank Sargeson and not published until now, is beautiful, strange, and moving – a telling slice of married life, unmarred by sentimentality. "

" Gorse Is Not People’, famously denied publication on the basis of its bleak conclusion, is indeed heartbreaking – short, simple, and devastating. Its final publication in The New Yorker and now in this collection can only be celebrated. "