'Dear Charles, Dear Janet' at the DWRF (on youtube)

Here is a video recording of a public reading from Dear Charles, Dear Janet that was performed to a full house earlier this year at the Dunedin Writers & Readers Festival.

Dear Charles Dear Janet consists of a series of excerpts from the correspondence and other writings of Janet Frame and Charles Brasch - shaped into a conversation between the two - that also serves as an enlightening portrait of both writers. It was selected and edited by Frame trustees Pamela Gordon and Denis Harold in 2009 with the intention of drawing out the development of the long relationship between Frame & Brasch that began with her tentative approach to him as august editor of the literary magazine Landfall and ended with the tender mutual affection and respect of their last letters. The conversation is fascinating, at times very moving and at times humorous.

Dear Charles, Dear  Janet was first performed as Can You Hear Me, Whangaparaoa? at Auckland Writers and Readers Festival in 2009 to a large and appreciative audience. The text was enlarged and subsequently published in a hand-printed fine edition by Holloway Press at Auckland University.

The Dunedin readings were slightly abridged to fit a shorter timeslot (from 60 to 45 minutes).

“This was such a clever idea - a programme of readings from unpublished correspondence between two towering NZ literary figures, Janet Frame and Charles Brasch… Well done whomever it was that came up with this idea.” (Graham Beattie)

“This was a fabulous glimpse into the lives of Janet Frame and Charles Brasch, and certainly highlighted the mischievous sense of humour of Janet! I felt I came away with a real taste of the characters of these remarkable individuals.” (Vanda Symon)

“It was an original and moving tribute, attended by a big crowd. Brasch’s and Frame’s voices came strongly down the years; some things have changed, some are the same. Brasch writing to Frame that “bulldozers on Waiheke sounds like sacrilege” is all too familiar, but Frame’s description of Brasch as having “discipline instead of marrow in his bones” could not be applied to too many people now.”  (Christchurch City Libraries Blog) 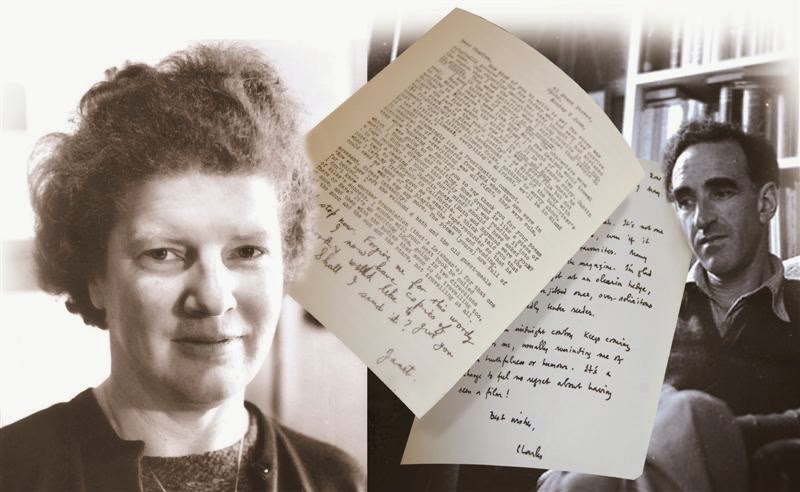