A Mijo Tree for Christmas 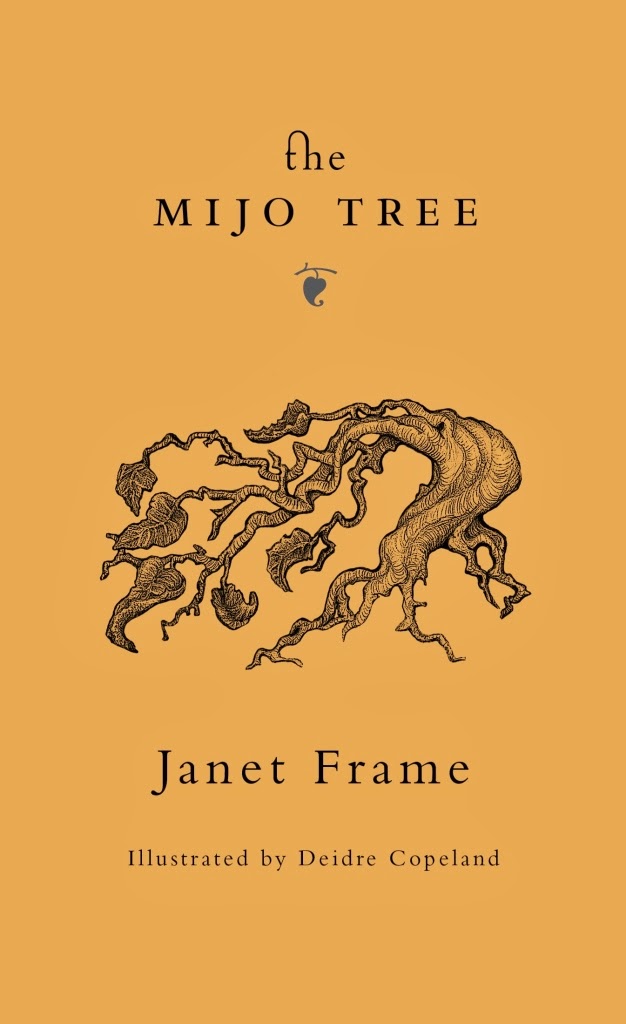 This unique little treasure of a book was published for the first time just over a year ago - it sold out almost immediately and wasn't reprinted until this year - so there are probably some left if anyone missed out on the Christmas rush last year.

There is a new review of The Mijo Tree in the latest Landfall magazine. It's a print edition so the contents are not online, so I'll pick out an observation or two made by the reviewer James Norcliffe. 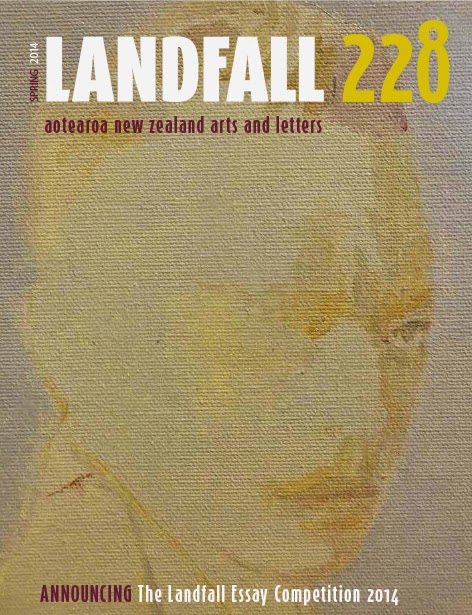 The review is entitled 'Strange and Powerful Music' which could refer to a lot of Janet Frame's writings, especially when she resorts to her fable style as here. 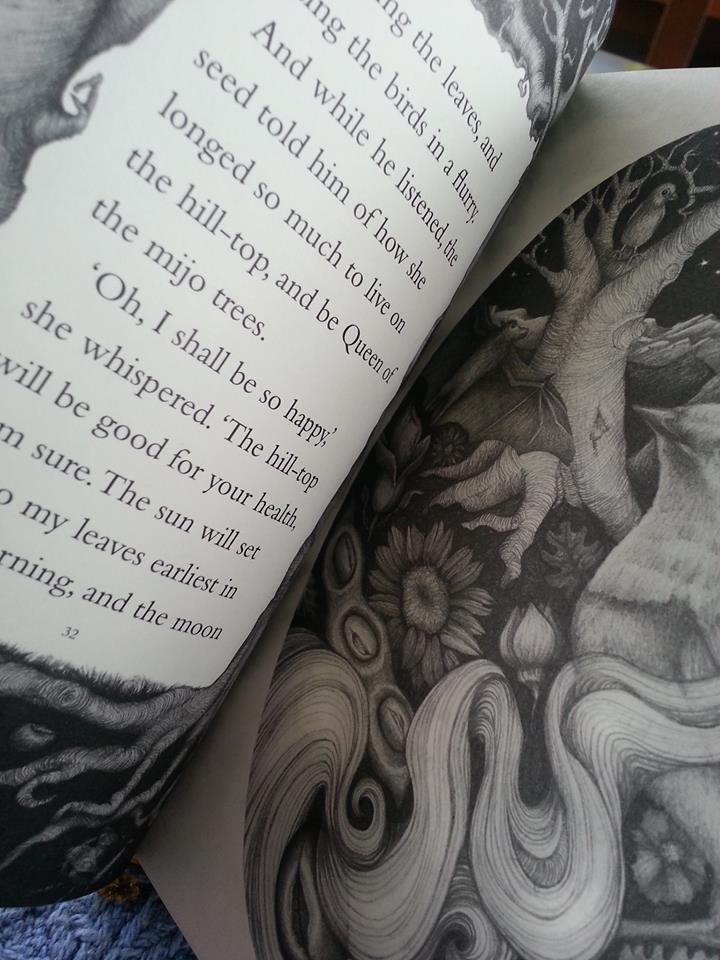 Norcliffe notes that the book has been "beautifully packaged" and thinks that the 'retro' design with its monochrome illustrated frame and the occasional full-page illustrations are "somewhat reminiscent of Arthur Rackham" and that these "complement the bleak message".
The Mijo Tree is indeed a dark story, and Frame had learnt by the time she wrote this piece that the squeamish gate keepers of her acquaintance at that time would likely be repelled by it. So she preserved it for posterity - she knew posterity to be strangely enthusiastic for long lost manuscripts - and here we are, lucky posterity, able to read it at last. There are two surviving copies, both lodged at the Hocken Library in Dunedin - one amongst her own literary papers and one donated by her friend John Money, to whom Janet posted a copy of the manuscript in 1957.
Norcliffe kindly refers to my " very useful afterword on the origin and subsequent history of the manuscript", and he goes on to give a thorough and appreciative reading of the fable as "more Aeschylus than Aesop" with no "happy-ever-afters or comforting bromides here, nor finger-wagging moralising."
The review concludes with the observation that while biographical speculation "adds a frisson to the reading, The Mijo Tree exists quite independently of this as a dark, bleak little tale and a most worthwhile addition to the Janet Frame canon."
Here is a link to an earlier blog post with reviews, news features, a radio interview and the launch speech by Vanda Symon: The Mijo Tree takes root
﻿
Posted by Pamela Gordon at 5:44 PM