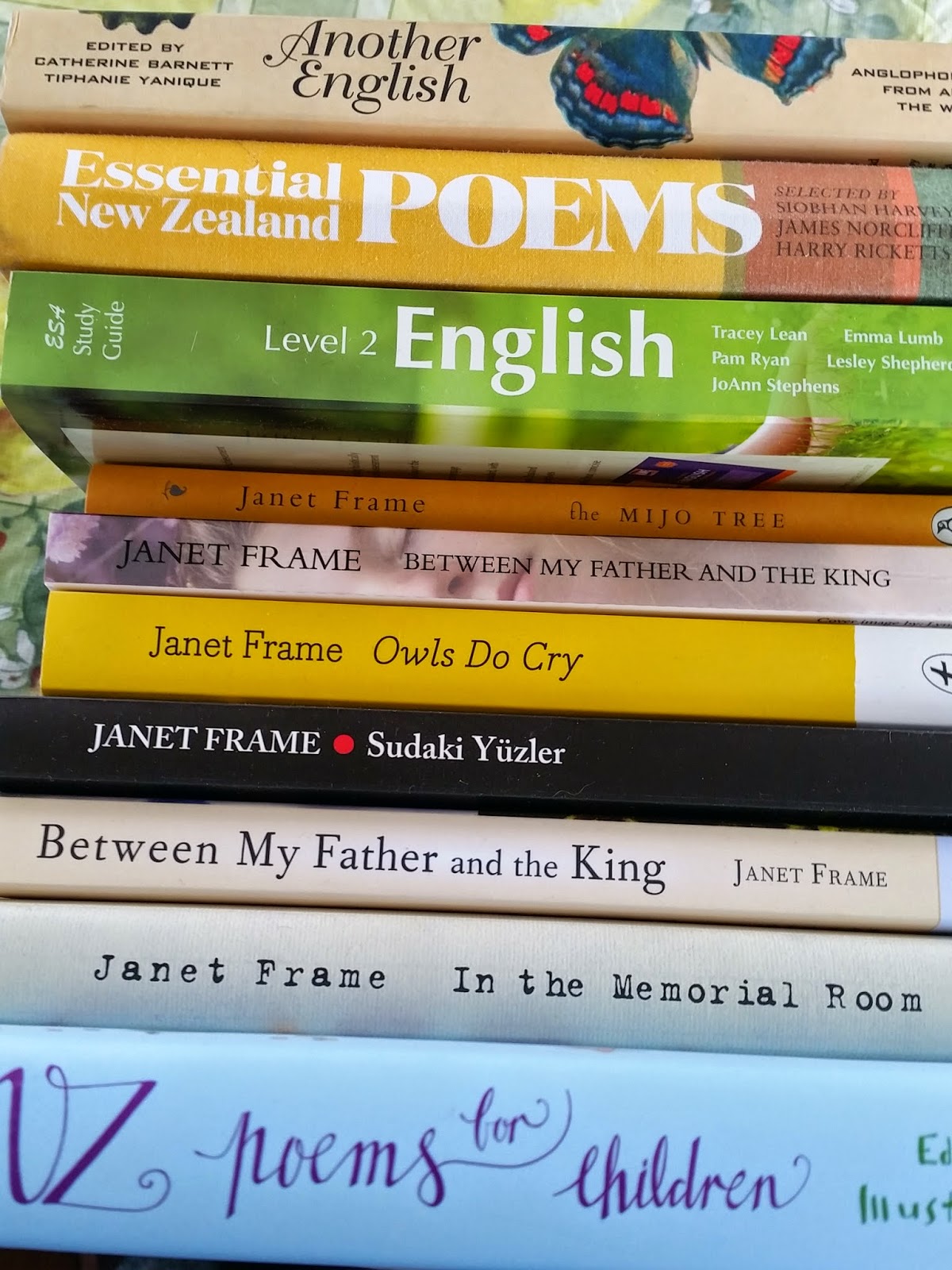 
As you know if you are a regular reader, I have hardly been near this blog this year, but that doesn't mean I have been shirking. Plenty of work has been done on the Janet Frame front, including working toward making more titles available as ebooks where possible. This is not an easy process because we have to protect Janet Frame's print legacy as well, but we feel we have made good progress - more on that soon.

So there is not an absence of 'news and views' - there is just a blog backlog! This blog, as with so many others, has suffered neglect partly because of the advent of Facebook, which makes sharing photographs, snippets of information, news and links, so much faster and simpler, and Facebook can reach larger groups of people. With a stress on the can reach, because Facebook's algorithims can famously frustrate Facebook page admins by limiting the number of people that see any particular post, no matter how many 'likes' the page has. Another limitation with Facebook is that it's not really the place for the longer more complicated postings (such as the challenging but necessary 4,000 word essay the Frame executors posted here a few days ago in rebuttal of accusations made against them in a recent academic journal).

Above is a snapshot of some of the print books that have joined the Janet Frame shelves this year.

Missing is a book of New Zealand short stories translated into Spanish; the Trust's copy went astray and is still on its way.