On the 28th of August 2014 Janet Frame would have turned 90 years old.
To commemorate this anniversary the Janet Frame Literary Trust released a new poetry poster in collaboration with our friends at Phantom Billstickers, who were having their own celebration: the production of this Janet Frame poster 'How I Began Writing' was to mark the 25,000th poem poster to be produced in five years of Phantom's campaign to bring poetry to the streets.
On the 28th of August the Mayor of Christchurch, Lianne Dalziel, pasted up the Janet Frame poster in central Christchurch. I was in Christchurch that week to attend the Writers and Readers Festival and I was able to attend the ceremony and read out the 'birthday' poem. The Christchurch CBD area is showing some regeneration but as you can see from our surroundings in the photograph below, the earthquake damage is still very obvious. As a visitor, it was distressing to witness the devastation for the first time, even years after the earthquakes. The site is actually not far from where Janet Frame had lived in 1947 when she worked as a waitress at the Occidental Hotel in Latimer Square. That hotel was destroyed in the earthquake and has since been demolished. 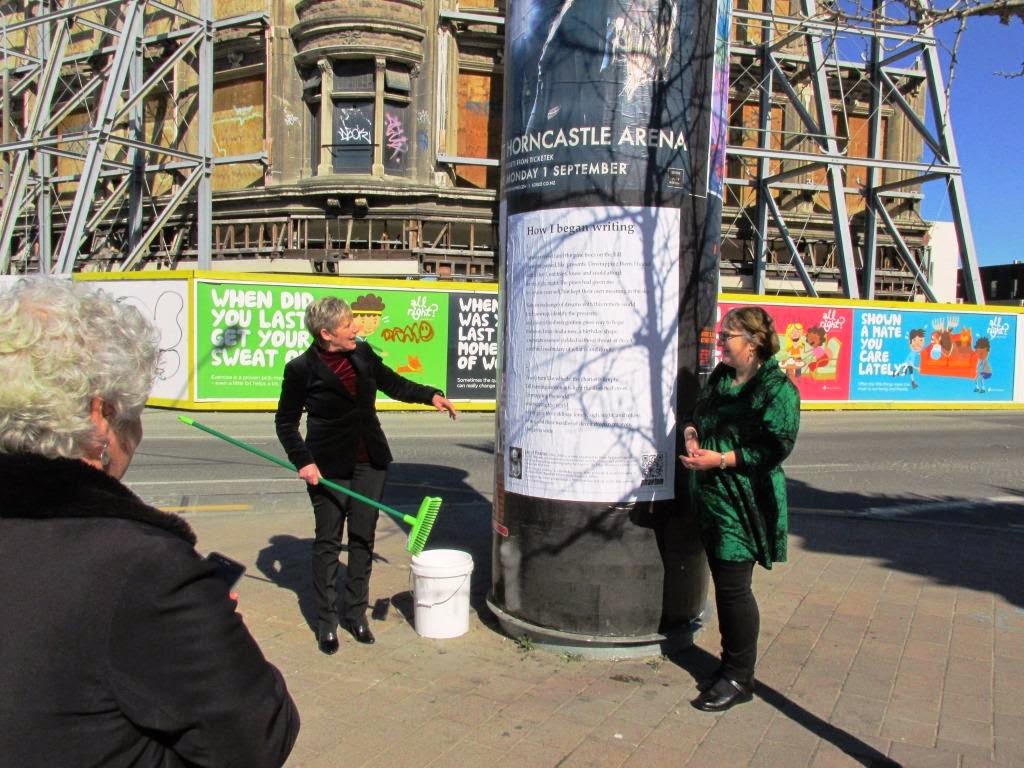 What a beautiful poem Pamela.