Poems from around the world 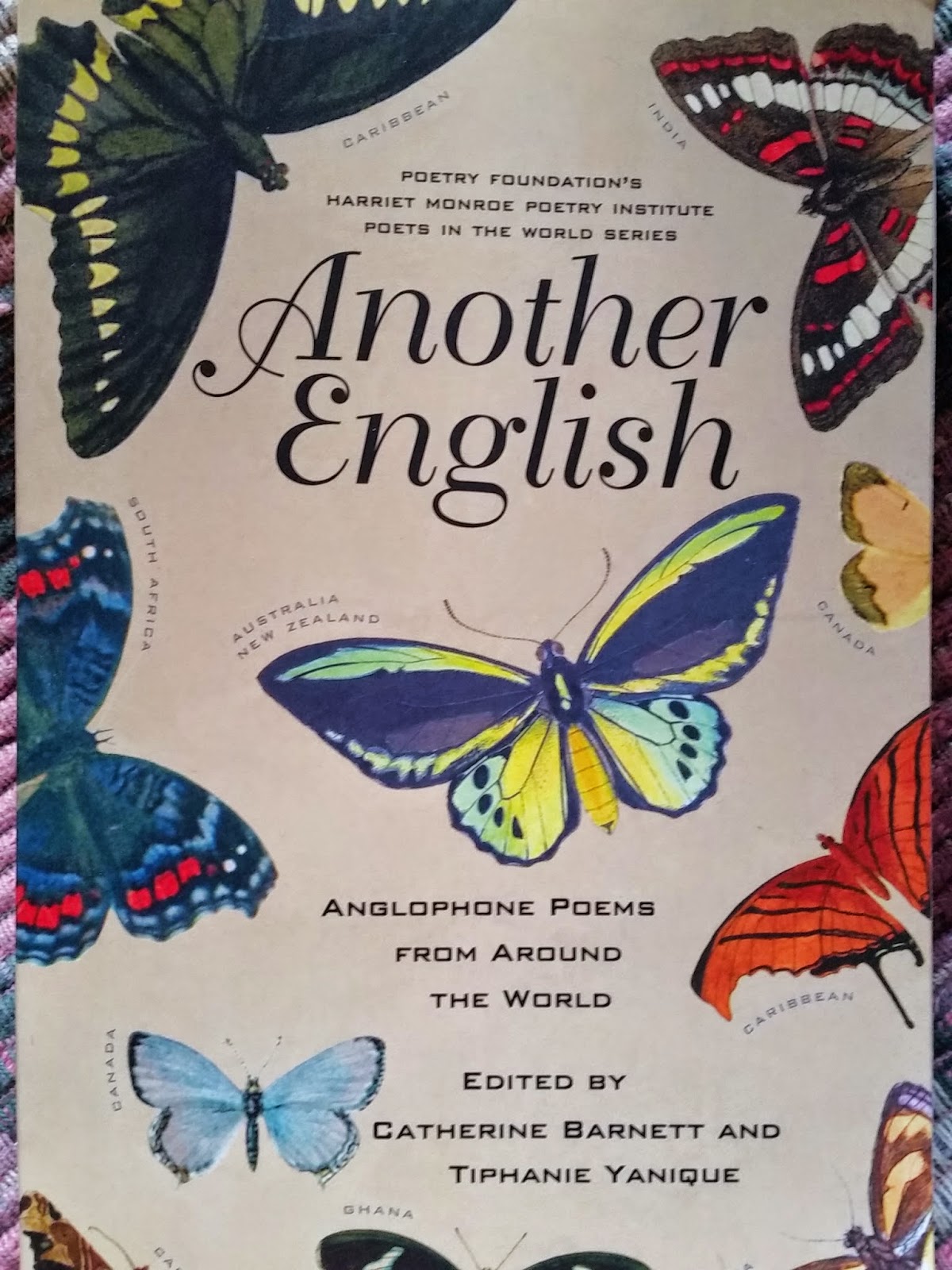 Another English. Another anthology!
Another English: Anglophone Poems from Around the World
Poetry Foundation
Harriet Monroe Institute
Poets in the World Series
edited by Catherine Barnett & Tiphanie Yanique
Tupelo Press 2014

Acclaimed poets from around the world select poems from their country of origin.

"Using an artist’s rather than a scholar’s approach, these poems — chosen out of love and admiration by practicing poets — show the vitality of English deployed by revered and emerging poets."
Hinemoana Baker from Aotearoa/New Zealand joins her selections with those of fellow poets Les Murray from Australia, Todd Swift from Canada, Rustum Kozain from South Africa, Ishion Hutchinson from the Caribbean, Kwame Dawes from Ghana, Sudeep Sen from India.
The Aotearoa/NZ selection includes Tusiata Avia, Meg Campbell, David Eggleton, Bernadette Hall, Anne Kennedy, Robert Sullivan and Hone Tuwhare, among other well-known names. Janet Frame's poem is the powerful 'Yet Another Poem About a Dying Child' with these unforgettable lines in the last stanza:
He must sleep, rocking the web of pain
till the kind furred spider will come
with the night-lamp eyes and soft tread
to wrap him warm and carry him home
to a dark place, and eat him.
﻿
Posted by Pamela Gordon