Last evening I attended the launch of the Dunedin Writers & Readers Festival 2015 at which, fittingly, several Dunedin-related publications were also launched. It was an entertaining and enlightening event with several excellent launch speeches and readings and some deep and fascinating interconnections were revealed between the authors and editors and publishers and the gathered literary tribe as well as Dunedin's gone-but-not-forgotten literary forebears whose memory and work are also very much alive.

David Eggleton and Vincent O'Sullivan (both present and very much alive) launched new poetry books. There were also two posthumous poetry collections launched of work by the legendary poet Charles Brasch and the not so well known but very fine Dunedin poet Iain Lonie who died in the 1980s.

The latest edition of New Zealand's major literary magazine Landfall was also launched as well as a new edition of an earlier translation by Brasch of work by the Russian poet Esenin. 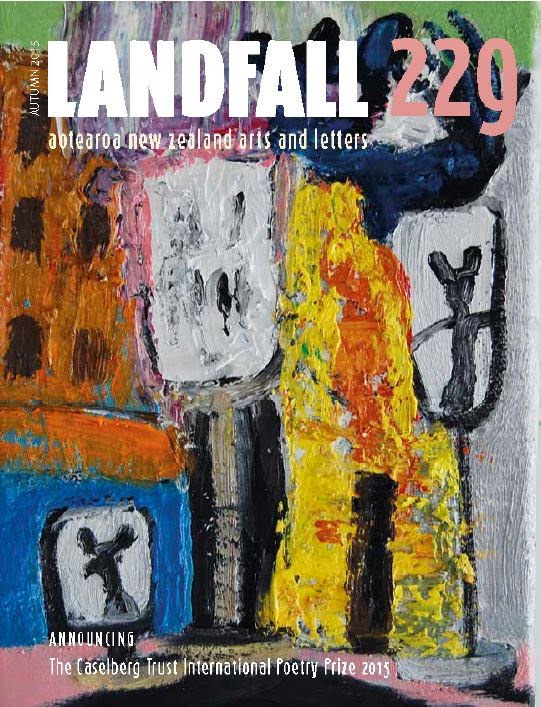 Here is a preview of the event that appeared in the Otago Daily Times.

There is so much richness on offer among all these freshly printed pages that must be left for others to review and note and blog about. For the moment there is just one telling thread that I want to unravel here and now.

This sign or trace can be found in Landfall 229 where Denis Harold reviews Murray Edmond's volume Then It Was Now Again: Selected Critical Writing.

In an earlier post 'and then it was Now again' I noted that Edmond took the title of his book (and of a key essay within it) from a quote by Janet Frame. 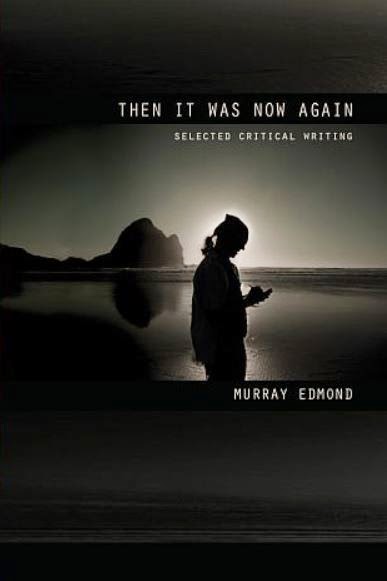 On reading the collection, it turned out that one of the previously published pieces that Edmond collected in Then It Was Now Again was a letter to the editor of New Zealand Books (1994) in which Edmond addressed a rather startling review of his work - written by one Jane Stafford -  that had earlier appeared in that journal.

Followers of this blog may recall that the Frame estate was last year the target of an unwarranted attack made by that very same Stafford. We were intrigued to find that Murray Edmond had also experienced the poison of Jane Stafford's pen, and that he, like the Janet Frame estate, had also felt that Stafford's outpouring of vitriol deserved to be deconstructed.

We published our rebuttal here: 'Canon Fodder: a response to a paper by Jane Stafford'.

Edmond's summing up of Stafford was more succinct than ours but it sang to the same key:


Her demonstration of a lack of basic literary general knowledge, her inability to read tone, and her ignorance of and inattention to form and measure are in fact all to the point. Her review trumpets these things, they are badges she wears with pride.


As Denis Harold says in his Landfall 229 review:


Stafford had begun her review of Edmond’s The Switch [1994] by stating her position: ‘I teach a second year university course in modern poetry where one of the chief requirements of the lecturers is to prevent panic.’ With ‘tutelage, students whose experience of poetry is very limited – we don’t read poetry recreationally as a society – can relax’. She went on to say, ‘I feel angry’ about Edmond’s book, which to her smacked of ‘a smart-arse elitism that was one of the negative hallmarks of high modernism’.

I was personally interested to find that Stafford, who had unfairly accused me of being 'anti-academic' was revealing herself to have anti-intellectual leanings. And a tin ear when it came to poetry, which is possibly why she and her co-editor had chosen only one slight nonsense poem to represent Janet Frame's rich and varied poetic oeuvre in their so-called 'anthology' of New Zealand literature.

So we did some more research into Stafford's critical approach.

We found an archived review written by Stafford in the NZ Listener (September 25, 2004) of Book Book which is a work of fictional memoir by Fiona Farrell (a New Zealand author). In the review Stafford does not hesitate to praise Farrell at the expense of Frame: '[Farrell's] universe of words is funnier and more relaxed than Frame's, less weird'.

Subsequently we found a review of the Farrell Book Book by Stafford's partner and co-editor Mark Williams.

Williams also felt that Frame suffered in comparison with the funny and light-hearted Farrell: 'Farrell's Oamaru is more enticing than Frame's because it is less gloomy and threatening'. (New Zealand Books June 2004).

I need to say here that we at the Frame estate had no idea at the time we were unsuccessfully trying to negotiate a representative selection of Frame's work to appear in the ill-fated Auckland University anthology of  NZ literature, that the editors Stafford & Williams both had already declared Frame's work to be both weird and gloomy! It was obvious to us just from their selection that they weren't very familiar with her wider body of work.

And then we found a quite astonishing evaluation Stafford had made of William Blake in a piece published in the March 1995 issue of New Zealand Books (number 17):


Look at William Blake, possibly the greatest con-trick in the history of canonical literature. How could anyone think that his platitudinous rhymes and facile maxims were the signs of anything but the results of excess inhalation of printer’s ink.