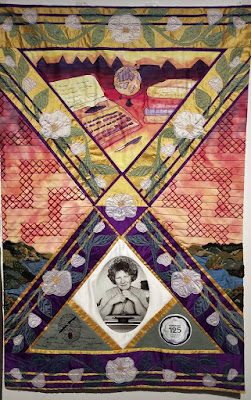 An embroidered women's suffrage anniversary banner honouring Janet Frame was unveiled this week on the 28th of November at Toitū Otago Settlers Museum in Dunedin to commemorate 125 years since the day New Zealand women first cast their vote. 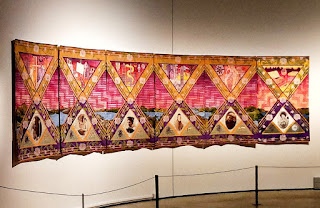 The Janet Frame banner joined another five banners dedicated to eminent Dunedin women that had been produced in 1993 to mark the centenary of Women's Suffrage. The banners were devised and created by members of the Otago Embroiderers' Guild and are currently on display at the Museum as part of an exhibition called Suffrage & Beyond. 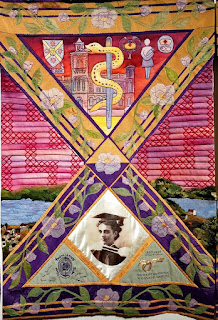 One of the earlier banners features Dr Emily Siedeberg, New Zealand's first female medical graduate, who was the doctor who delivered Janet Frame in 1924 at St Helen's Hospital in Dunedin. 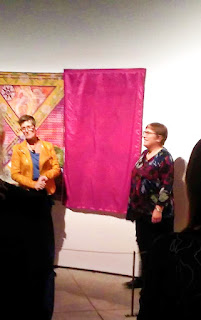 Dunedin City Council CEO Sue Bidrose (left)  invited me, as chair of the Janet Frame Literary Trust, to join her in unveiling the Janet Frame banner. Sue Bidrose is the DCC's first female chief executive, and in a keynote speech later in the evening at the final Suffrage 125 event for 2018, she remarked on the fact that even though it is 125 years since women first won the right to vote, women are still celebrating "firsts". 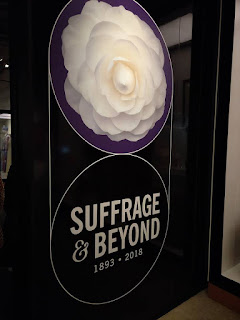 The suffrage banners will be on display at the Suffrage & Beyond exhibition until July 2019. 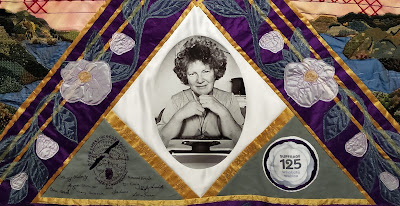