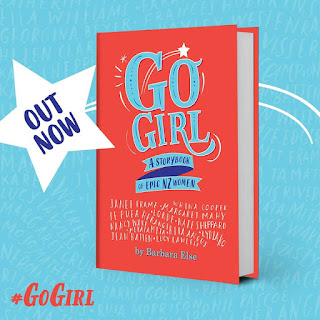 GO GIRL by Barbara Else was published in April to much applause and a warm welcome. There had been a yearning for "New Zealand's answer to Goodnight Stories for Rebel Girls" and GO GIRL made the grade. It fled off the shop shelves and into the hands of many, many grateful girls, families, teachers, librarians, and is still selling strongly (another Christmas gift idea!)

Small town girl made good Janet Frame is there in this volume with the other can-do girls who became successful women. Janet is reading the book prize she won at school: Boys and Girls who Became Famous, and she is dreaming of being a famous poet. This is a true story! That book is now on display at the North Otago Museum in Oamaru!

Can you imagine how many youngsters who read Go Girl now, will go on to be famous themselves just like Janet Frame did, by following their dream no matter what it costs them? 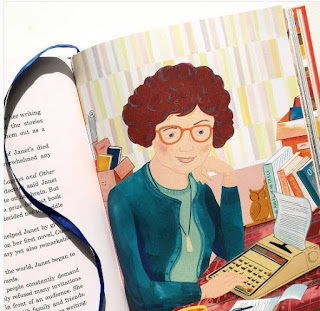 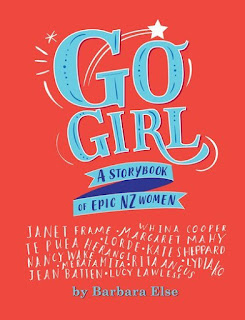 Go Girl: A Storybook of Epic NZ Women
By Barbara Else (Puffin, 2018)

Posted by Pamela Gordon at 6:36 PM