Stars shining in the literary firmament 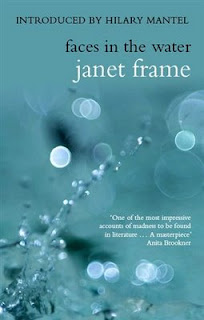 When the authors on the 2013 Man Booker Prize long list were recently asked to reveal their favourite first line, one of them, Eleanor Catton, chose the first sentence of Faces in the Water by Janet Frame:

"They have said that we owe allegiance to Safety, that he is our Red Cross who will provide us with ointment and bandages for our wounds and remove the foreign ideas the glass beads of fantasy the bent hairpins of unreason embedded in our minds." 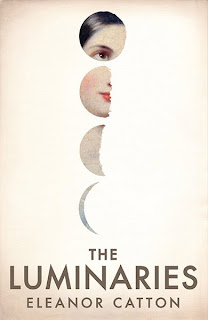 Eleanor Catton is longlisted for her second novel The Luminaries. Born in Canada and raised in New Zealand, she attended the IIML (Bill Manhire's writing school) at Victoria University, winning a fellowship to study in the United States.

I'm reminded that in 2005 the Janet Frame Literary Trust donated $10,000 towards the IIML scholarship fund, and so I'm heartened to see that the resulting scholarships from that fund have fostered writers of such high calibre (and fine discernment).

It's also worth noting that Eleanor Catton is not the only admirer of Janet Frame's writing who has a Booker connection: Hilary Mantel, twice Booker Prize winner, wrote a magnificent introduction to Faces in the Water for the Virago Modern Classic edition published in 2009 and reprinted half a dozen times since then:

"The book is a record of humiliation and fear, shot through with chilling insights. The experience of its central characters is realised on the page with such lightness that it is never a punitive experience for the reader. It is an account of suffering that is exhilarating as well as harrowing, because its very existence – the fact that Istina survives to tell the tale – shows that suffering has been kept in its place. Its darkest pages are lit up by the perception of human life as precious, and each life as unique. It is also a shrewd and clever book, revealing without fuss (or sociologists’ jargon) how oppressive institutions work. If you can’t live in a mental hospital, the more resistant patients are asked, how do you expect to live in the world? Istina compares the hospital to a factory, a prison, a slaughterhouse; the images are developed, extended, pressed home. The novel allow us to understand, intimately as well as intellectually, the abusive practices of the psychiatry of the time, and the self-reinforcing beliefs that drove them." (from Hilary Mantel's Introduction to Faces in the Water, 2009)
Posted by Pamela Gordon