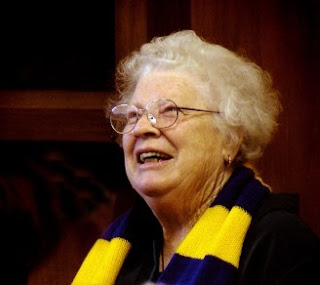 Otago rugby supporters are in an ecstacy this week after the weekend win by their team of the domestic Ranfurly Shield trophy. It has been a long time since the last time Otago held this shield. In fact, as was pointed out in 'Little rest for the valiant', the Otago Daily Times editorial on Monday 26 August 2013, the last time Otago held the Shield was the same year that Janet Frame published her first novel Owls Do Cry: 1957.

Janet Frame was by 1957 living in Europe but the fact that she used a rugby union metaphor in a letter to a friend (written in May 1957 from London) indicates that she was keeping up with the fortunes of 'her' team. Talking about a writing project she had completed, and her hopes for her future career, she said:

‘I think somehow, in language, that it was a curtain raiser, and the Shield match will happen quite soon ...'