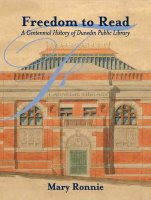 Dunedin Public Library is 100 years old today. To mark the milestone, a Centennial History called Freedom to Read has been released. This book includes reproductions of both sides of the application card Janet Frame filled out on the 24th of May 1954, when she had just secured a live-in job at the Grand Hotel Dunedin. 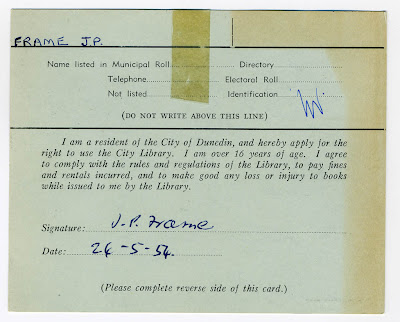 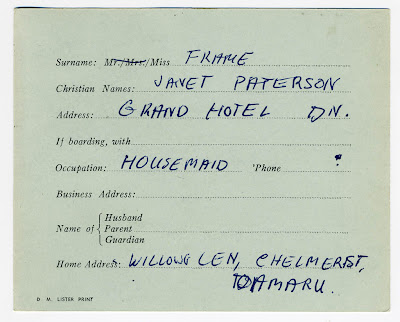 While Janet Frame was living at the Grand Hotel, she wrote stories and poems, including the story GORSE IS NOT PEOPLE first published this year in the NEW YORKER. 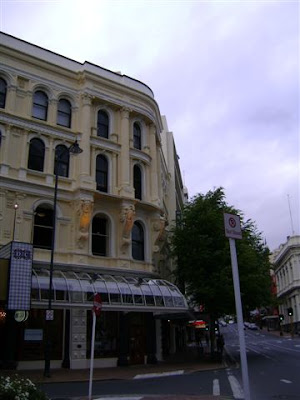 The Grand Hotel is now The Southern Cross Hotel, housing the Dunedin Casino. The staff lived in small rooms on the top floor.
Posted by Pamela Gordon