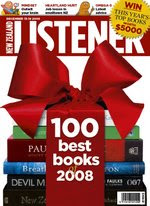 This week's New Zealand Listener provides the usual list - ubiquitous at this festively consumer season - of best books of the year. Janet Frame's posthumous novel Towards Another Summer is not of course eligible for the 2008 line up, having been first published in this country last year, in 20o7.

However many New Zealand literary bright lights were also asked to provide a list of the best books they actually read in 2008, not necessarily that were published this year. One of these lists featured the great classic MOBY-DICK read for the first time by that commentator, and not surprisingly the conclusion was that "if this book had been published in 2008, it would have been hailed as astonishingly modern".

Most definitely - because the greatest works of literature remain always fresh, and they don't date, and they don't fade away. (And sometimes, as in the case of Moby-Dick, it takes a little while for their worth to be recognised by the list-makers!)

So I was delighted to see that one of the other lists in the LISTENER highlighted the Janet Frame novel which has been received so well all around the world, having been published separately in Australia as well as in New Zealand, and by VIRAGO in the UK and Canada, and that will be published in the USA next year by Counterpoint. Translation rights are also selling steadily (12 languages so far, including most recently Turkish, Finnish, and Brazilian Portuguese). It's a deceptively simple and accessible but beautifully written and piercing book that is muscling its way in amongst the powerful canon of Janet Frame's other work and demanding a place as one of the best-loved.

NZ author and recently returned expatriate Emily Perkins chose TAS as one of her favourites of the year's reading. 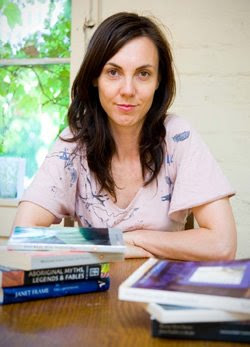 Emily says: "I loved Janet Frame's posthumously published novel Towards Another Summer (Vintage 2007). There can be the chilly whiff of the open grave about work brought to the public by literary executors, but this book dispels any creeping voyeurism the reader might feel. It's a very funny story about homesickness and heartache, full of doom and dread, written in Frame's exquisite new-made language."

Earlier this year I heard Emily Perkins praising Towards Another Summer in an interview with the BBC. She was speaking live from Christchurch, and the occasion was the much heralded UK launch of the Virago hardback copy of Towards Another Summer, which since July has already had two reprints and the paperback edition has been set in production for release in 2009.
It's looking pretty clear that like Moby Dick, Towards Another Summer will be around for a very long time.
Posted by Pamela Gordon