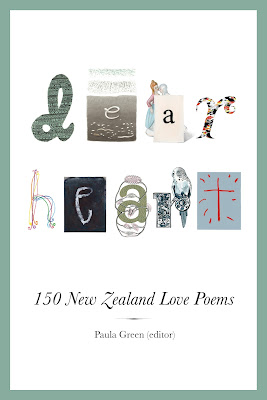 Poetry can sell. Who knew? Some people did - certain canny publishers who produce attractive glossy illustrated anthologies on appealing themes, and who repackage gift selections by popular poets.

Here at the Janet Frame estate we did know that poetry sells, because so many of the successful NZ anthologies have included poems by Janet Frame, and because while only two volumes of Janet Frame's poetry have ever been published, they have both been bestsellers, and have been reprinted and republished in multiple editions.

While Gorse is Not People has been having its heady 3 month run at or near the top of the NZ Fiction bestseller chart, I've had an opportunity to observe the calibre of the other "New Zealand fiction" books that swill around or rise then fall or blaze like comets through the top ten list. What has been surprising to note, is that the Nielsen BookScan "NZ Fiction" category currently includes New Zealand poetry volumes and anthologies - even illustrated ones. And poetry books regularly feature on the bestseller chart. In other words, NZ poetry regularly outsells NZ fiction!

Despite some sour grapes and sniping in recent months at the relevance of the NZ Fiction chart, anyone whose book has or has not reached the top ten, will know that it's not an easy achievement.

As a poetry lover, I'm thrilled to see poetry books there on the bestseller charts and doing so well. One week recently when Janet Frame's collection of short stories was number 1 on the list, her poetry was also represented on the same list in the number 10 slot which that week was occupied by Dear Heart: 150 New Zealand Love Poems. (Week ending 22 September 2012.) Dear Heart is a gorgeous illustrated selection of poems that has been a runaway success with readers. It includes two poems by Janet Frame.
Posted by Pamela Gordon