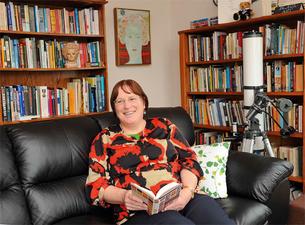 For those who missed the feature article on Janet Frame in the NZ Woman's Weekly of 17 December 2011, it is now online at this link:

I was interviewed by journalist Amie Richardson about my life as Janet's niece, friend, and literary executor. Jane Dawber took the photo of me sitting below my favourite portrait of Janet Frame, a painting by Jerrold Davis, one of Janet's American friends. 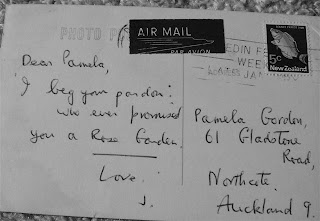 The first of several rose garden postcards Janet sent me.
The photo on the other side of this one is of the rose garden at Yaddo, Saratoga Springs New York
Posted by Pamela Gordon