Janet Frame in the Woman's Weekly 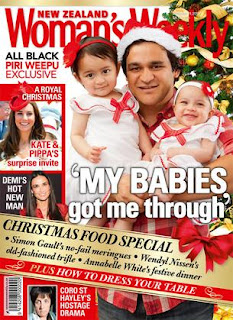 I spoke to journalist Amie Richardson about growing up with a famous aunty, and how Janet Frame's close family learnt to help protect her privacy, and about how the revealing new book Janet Frame In Her Own Words sheds new light on the author's life and work.

For instance, among the 35 interviews that we quote from in Janet Frame In Her Own Words, are two interviews Janet Frame herself did with the NZ Woman's Weekly. In 1963 she told the NZWW that she had taken a copy of Aunt Daisy's cookbook with her when she went to live in Europe:

"I am very interested in food, but don’t seem to have time to indulge my interest. I do like to think I can make a good Christmas cake, but if I had to I could exist cheerfully on just cheese and apples — New Zealand grown for preference."

And twenty years later in 1983, Janet Frame again spoke to the NZWW, saying that her mother had faithfully read the Woman's Weekly - a New Zealand institution - and so did she, making a point of collecting the hints: "They're very useful". By 1983 Frame was well aware of the errors of the 'Janet Frame Myth' and found it necessary to say:


"I really had quite an ordinary, quite happy childhood — certainly no worse than many others during those years." 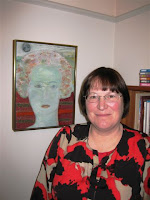 An image of my aunt hovering over my shoulder