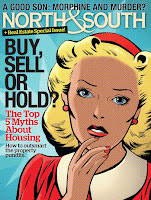 Quite rightly the painstaking care that Penguin NZ has put into the design and physical format of this exquisite little handbook is recognised and commended:


"Everything about this production is perfect, from the small format to the elegant dust jacket to the use of paper so creamy you want to pour it over strawberries."

And the content of this collection of Janet Frame's thoughts about her life and about writing is truthfully described as "a treasure trove of writing spanning her career", leading to the judgment that "this is an indispensable book". 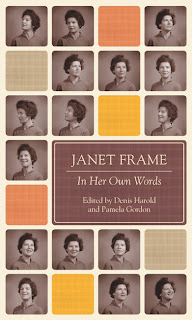 The reviewer does find one fault: he appears to suffer from the misconception that all the material within the covers has been published before, and so therefore he would have preferred to splice it all together in one long chronological thread. But he fails to note that the "four more sections" that complement the first three sections of previously published material (published short non-fiction, interviews and letters to the editor) all consist of previously unseen work (speech notes and reports, private correspondence, and assorted unpublished writings), so that in the journey through the book one progresses from the most public to the least public of Janet Frame's thoughts about her life and her writing.

There are certainly many patterns and correspondences to be made among the various texts, but these connections and resonances are far more complex than can be arranged in a simple linear format.

It's a perennial problem, how to arrange material - this reviewer would have opted for a chronology, while the editors have chosen to group the material by where and how it first appeared. With a writer as major as Janet Frame, the posthumous divide is a more significant factor to take into account than when dealing with more minor historical figures. (Although interestingly, most of Frame's public texts reprinted here are pretty much unknown to the general public, and many of them have been unknown or overlooked even by so-called academic 'experts'.)

The reader is invited to develop their own hypertextual passage throughout the different genres, or read through the pages consecutively, or just to dip in and out, and the formal handbook structure allows for all these different ways of approaching the text, and for each reader to make their own discoveries. Where the dates are known they are clearly indicated so if one wanted to reconstruct the material chronologically that is possible too. The work will certainly sit happily next to Frame's autobiography of the first half of her life and give many insights into where she went, and what she said, after that.