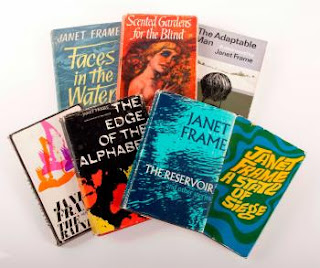 If you're interested in first or early edition Janet Frame volumes, there is a rare book auction in Auckland on March 31st at Bethunes at Webbs.

I mentioned the other day that the auction will include a very scarce first edition of The Lagoon, but now I've browsed through the catalogue I see there are a few other Janet Frame titles as well, in good condition with covers. Some have marginalia which is always interesting...

Don't they look pretty!
Posted by Pamela Gordon at 4:58 PM