Kingdom by the sea 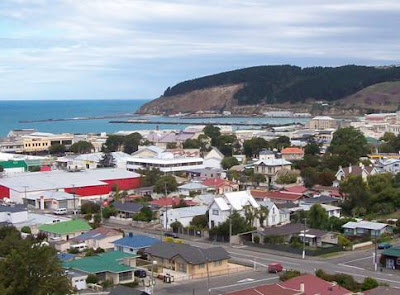 Recently I posted a report on the fine work being done in Oamaru to look after Janet Frame's childhood home, which has been preserved and is opened to the public again from next weekend. The earlier post has all the contact details for those interested in knowing more about the Eden Street project.

Carol Berry, Chair of Oamaru's Janet Frame Eden Street Trust, has sent me a few quotes from the Visitors' Books at 56 Eden Street and suggested that I put them online. These comments give a good flavour of the sometimes moving and always appreciative responses that are recorded in the books:

“A fascinating glimpse into the early years of Janet’s life. The house still has an atmosphere of her presence”

“A wonderful memorial. One feels her presence as one walks through her world”

“It was a pleasure to have this little insight into Janet’s childhood. A fantastic effort on behalf of the Trust to keep her memories alive”

“A great and unexpected privilege to look more closely into Janet Frame’s life here. The JFEST is to be commended on their sensitivity.”

“Thank you for this wonderful insight into Janet’s life; it is much appreciated and also the enthusiasm and knowledge of the guide.”

Carol adds: "There are lots more … this is just a sample. Makes one feel quite humble really."

I visited the house during the Victorian festival, myself in morning coat and cane-carrying, and let in, just as she was closing for the day, by a most elegantly dressed woman who had stepped right out of the 19th century (as indeed half the population of Oamaru that day). Well, Janet Frame was a 20th century author! We should perhaps have been more Edwardian. Our sartorial splendour apart, the house speaks for itself, a most marvellous memorial to this most insightful of writers. Many years ago, I gave a copy of her short stories to an older couple in Iowa, who much enjoyed the universalities of human nature that shone through her stories -- appreciated in rural USA as in NZ.