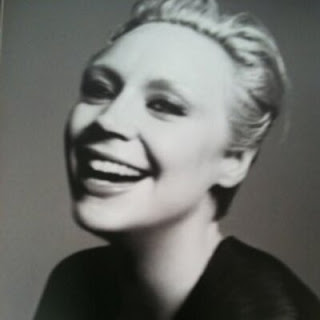 "Look, I'm an unusual actress. I'm six-foot-three, very pale, with whitish hair and I'm in Game of Thrones. Have you got a part for me?"

I was fascinated to read that Gwendoline Christie, probably best known as the magnificent Brienne of Tarth, has been a fan of Jane Campion ever since, at the age of 12, she watched An Angel at My Table, Campion's adaptation of Janet Frame's autobiography. Christie was hooked, and she subsequently watched everything else by the great director that she could find. After seeing and falling in love with Campion's first series of Top of the Lake, Christie finally wrote to Campion, who rewrote a part in the second series Top of the Lake: China Girl especially for her. 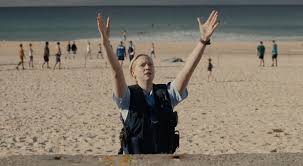 Gwendoline Christie as Miranda in Jane Campion's Top of the Lake: China Girl