It's Janet Frame's week on the German Kitchen Calendar. There's a quote from the German edition of her novel Living in the Maniototo (Auf dem Maniototo) and a recipe using Parmesan cheese. 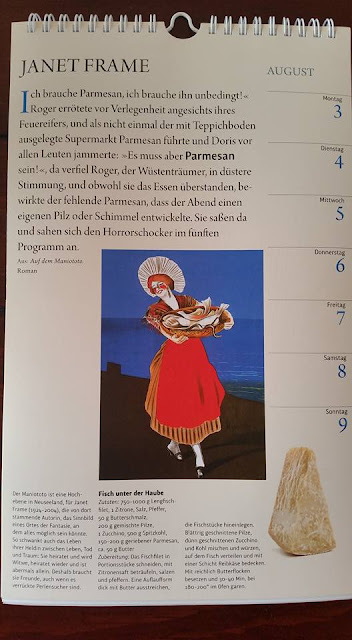 I blogged earlier about the Arche Calendars. They are so beautifully designed with apt literary quotations, illustrations and recipes. 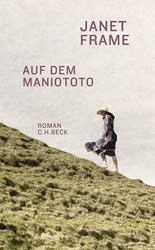 Auf dem Maniototo was published in a new edition by CH Beck in 2013. It is also available as an e-book.
Posted by Pamela Gordon