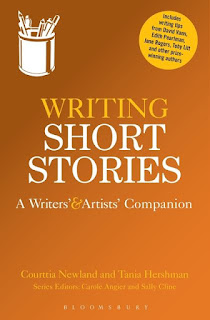 http://bloomsbury.com/uk/writing-short-stories-9781408130803/
In this Bloomsbury Academic manual on short story writing, Tania Hershman provides a very close and perceptive reading of Janet Frame's story 'Between My Father and the King'. She concludes:
"It's an absolute master class in short story writing".
It is an exquisite, classically perfect, short story, and Hershman's crystal clear analysis does its many attributes justice in this chapter which would be useful to students and writers - and critics.
Tania Hershman, 'Close Reading of "Between My Father and the King" by Janet Frame', 220-231, in Writing Short Stories: A Writers' & Artists' Companion by Courttia newland and Tania Hershman, Bloomsbury Academic 2015.