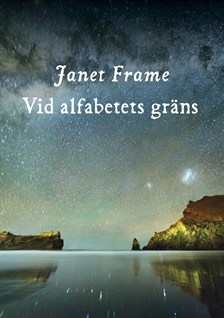 There is a startling contrast between the Swedish reception to the publication of books by Janet Frame, who is known of course to have been a Nobel Prize contender, and the response of the New Zealand print media to the recent publication in her own country of a book of new stories by Janet Frame. Five weeks after the release of Gorse is Not People: New & Uncollected Stories, there has still been no review of that volume, nor any feature article about it, in any New Zealand daily newspaper.

Fortunately in New Zealand there has been just enough publicity to alert Frame's eager fans to the existence of the book. There were 2 TV news items and there has been one radio interview. Extremely positive reviews turned up last week in the NZ Listener weekly magazine and the quarterly NZ Books, and (so I have heard) there was a rave review on a commercial radio station.

But there is not one online review at all (unless you count the excellent launch speech given by 2012 Burns Fellow Emma Neale) - and there is no archived radio review. So absolutely no chance (as yet) of being favoured by the NZ Book Council "review of reviews" feature devoted to "bestselling or much-talked-about books".

Despite the relatively low key publicity compared to that lavished on local chick lit, Gorse is Not People has spent five weeks so far on the NZ Bestseller lists.

Perhaps this experience shows that the dwindling newspaper book pages in this country are in any case becoming increasingly irrelevant as literary editors are made redundant and features pages are outsourced.

Or is the answer the phenomenon here in Kiwi land called "the tall poppy syndrome" where anyone who stands out or excels, is resented and envied (unless they are a rugby player) and it is widely felt that they must be cut back to the size of everyone else. There's another related phenomenon called "the "cultural cringe", which is similar in effect to the old proverb "A prophet is not known in his own country".

Ironically, the magazine and newspaper book pages in this small pond can be seen to have rushed into print if any other author can be quoted with any gossip about Janet Frame.

The time between receipt of a review copy and the publication of juicy anecdotes concerning "Janet", can be shown to be invariably brief, and sometimes the review even precedes publication!

For new work by Frame herself, it's a different story.
Posted by Pamela Gordon