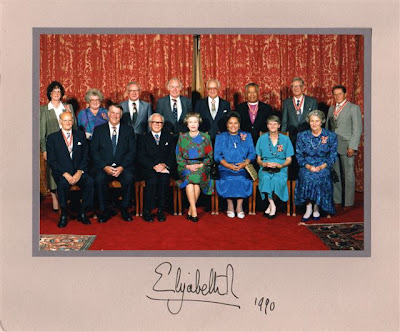 In 1990 Janet Frame received New Zealand's highest honour - membership of The Order of New Zealand. She is pictured above (top row, second on left) at a reception held by Queen Elizabeth for members of the Order, in the company of other great New Zealanders including: Edmund Hillary, Douglas Lilburn, Sonja Davies and Allen Curnow. 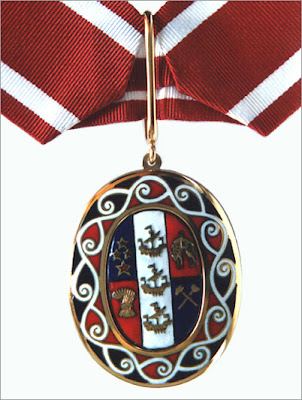 Members of the Order of New Zealand are given an oval medallion and ribbon (pictured) as the badge of the order. The badge must be returned to the Crown on the death of the  member. The badge is then passed to another appointee to the Order.

Dame Malvina was "blown away" by the recognition for her services to New Zealand, but even more so to learn her medal previously belonged to famed writer Frame.

"That's the mana that's been handed onto me. I feel absolutely amazed and privileged to join this group," she said at the ceremony at Government House in Auckland.