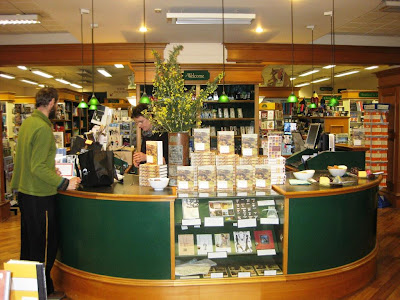 Gorse is Not People: New & Uncollected Stories by Janet Frame was well and truly launched into the world last night during a convivial gathering at Dunedin's excellent University Book Shop.

Poet and novelist Emma Neale, who is the 2012 Robert Burns Fellow at the University of Otago, graciously agreed to give the launch speech - and if you follow this link to her blog, you will see what a deeply-considered and beautifully written speech - basically, the first review of the book - she delivered:

Here's an example of an astute observation that Emma (whose academic thesis included a close study of Janet Frame) draws from her reading of these new stories:

At one point when reading this collection, I made a note about how closely Frame must have observed every possible walk of life she had come across — from housewives to spivs to small time crims to waiters. And then I read the story ‘I Do Not Love the Crickets’. This is judiciously placed last by the editors — as it helps us to glean some small part of the enormous psychological investment that must have gone in to each work. Writing about the difficulty in entering the lives of some characters or potential subjects, the narrator says she can’t love them enough to investigate their ‘human essence: that ambrosial stink’. That oxymoronic phrase itself is wonderfully Frameian — the way it weds transcendent and abject. The narrator touches on the intense act of empathy and union with her characters that the sustained drive to write needs.

The staff at the UBS had constructed a magnificent display of the books (beautifully designed by Anna Egan-Reid, the prize-winning designer of companion volume Janet Frame In Her Own Words which was earlier this year named 'Best Non-Illustrated Book' in the 2012 BPANZ Book Design Awards.) Pride of place was reserved for a large and wonderfully-blooming branch of... GORSE! A nice touch, typical of the generosity and thoughtfulness with which UBS staff host their popular book launches. 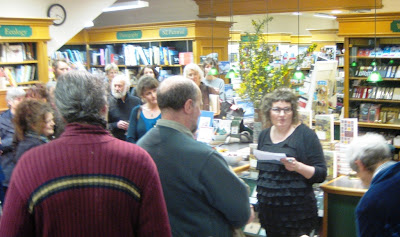 Bronwyn Wylie-Gibb of the UBS read a message from the publisher, Penguin NZ, and after listening to Emma Neale's inspiring meditation on Janet Frame, I read out a list of acknowledgments and thanks to all those who have been part of the Gorse journey.

It was a lovely experience to be surrounded by friends and family and colleagues, including academics and writers, booksellers, librarians and archivists, to celebrate the emergence of yet another Janet Frame volume, undiminished by its delay.

Our launch was perhaps a little tardy, too. According to the publisher, the official release date for the book was Wednesday the 25th of July, but we knew from experience that it would take a week or more after that for supplies to reach South Island bookshops. And yet, we had been surprised and delighted to see Gorse enter the bestseller lists for that first part-week (ending the 27th of July). And we were even more thrilled that for its first full week in the shops, Gorse took the number 2 spot in the NZ Fiction for Adults bestseller list (Nielsen Bookscan, for the week ending the 4th of August).

It's good to see that there is a hunger for more quality work by Janet Frame, on the part of the readers of New Zealand.

A TV One news camera was present at the launch (no video is archived as yet but there is a report here.)

This week Dunedin's TV Channel 9 also reported on the newsworthy event of a new work by Janet Frame.
Posted by Pamela Gordon