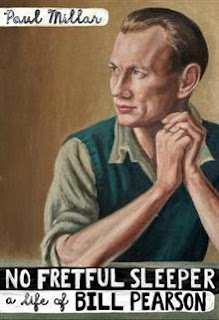 Whose word do we believe and why?
If we are to believe what we are told by Paul Millar in his biography of Bill Pearson (2010 AUP), when he makes public the long-whispered gossip that Jim Baxter had a sexual liaison with John Money, Millar having been told this by Bill Pearson who in turn was told it by Jim Baxter himself, then the interesting question arises, considering the fact that John Money - when he was asked about the rumour - denied that he ever had sex with Jim Baxter, then what else did John Money lie about?

John Money was of course the person who, along with the heads of the university psychology department where he was teaching, delivered an apparently suicidally-inclined Janet Frame to Dunedin Hospital, where she almost immediately was recorded as a "schizophrenic" - a label which seems very likely Money contributed to, and which was never challenged or properly investigated until many years later.

Money had reason to be worried about the damage to his future career that might result from the exposure of his tangled emotional affair with his friend and student Janet Frame. They were more or less the same age. He was a student himself, merely her tutor; and he was inexpertly experimenting with psychoanalysis on her. He had not yet begun his doctoral studies when he effected his fateful input into Frame's disastrous misdiagnosis.

I would tend to believe the story about Jim Baxter and John Money, given that my father Wilson Gordon was a close friend of Jim Baxter's and John Money's in the same era, and used to say that John had tried to seduce him too, although their friendship did not suffer from Dad's polite refusal; and that in those days John was well known for his eagerness to have casual sex with women as well as men. John was known to be "free and easy" with either sex, Dad said. Apparently even Dad's former fellow conchie Rodney Kennedy - himself openly gay amongst his own circle of friends - warned my father (this was before his marriage to my mother) against a planned weekend trip alone with John, because his "reputation" would suffer. (Those were narrow-minded days.)

Anyway. The question arises, just how reliable is hearsay? Do we trust the word of Paul Millar as he cites Bill Pearson quoting Jim Baxter? Or do we believe John Money when he denies that dalliance? And if we accept that John Money wasn't being honest about his relationship with Jim Baxter, should we not then be more dubious about his assertions concerning Janet Frame's so-called "mental state"?

After the literary historians have finished removing the motes from their historical peepshows, perhaps they might like to start dealing with some of the rotten planks shoring up their grand versions of the past.

And by that, I mean, of course, wouldn't it be refreshing if certain received theories about Janet Frame were interrogated rather than just blindly accepted because some generally reliable good old boy has sworn it were so?