Eden Street gets a web site 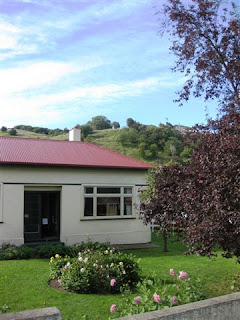 On the weekend the Friends of the Janet Frame House in Oamaru unveiled their brand new web site.

Congratulations to them, and welcome to the internet!

It will now be easier for culturally-inclined tourists to find information about the Oamaru house where Janet Frame spent most of her childhood. They can access contact details, the current opening hours, notice of events to be held at the house or organised by the Eden Street Trust, etc.

Except of course, that the Literary Trust and the Eden Street Trust are friends!

We're united in our admiration and respect for Janet Frame and our wish to protect and care for her legacy and promote her work.

Although speaking for myself, I'm always deeply moved to visit the house, because of my family connections with it as well as my own awe that it was the childhood home of one of the great writers of the world.


When I visited the house a few days ago, a fantail flew into the house through an open door and stayed for a while, flying from room to room, before finally being persuaded to leave. Beliefs about such an event vary, but many New Zealanders regard such a visitation by a fantail as a deeply spiritual event suggesting a link between one world and the next. It certainly impressed those of us who witnessed it. 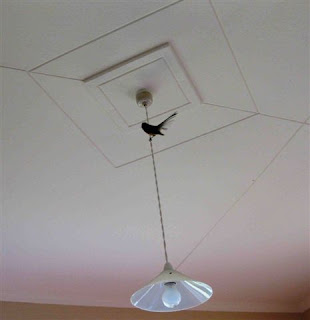