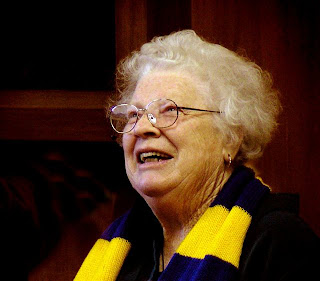 What a great idea!

And Frame was a rugby fan, supporting her local Otago/Southland team the HIGHLANDERS.

Eden Street chairwoman Carol Berry said the trust was looking forward to welcoming world cup tourists in October, as they sought to "engage with the real New Zealand".