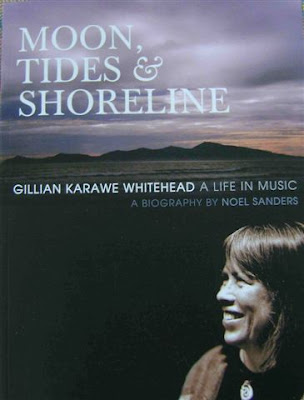 I recently attended a very enjoyable launch party in Dunedin for this biography of composer Gillian Whitehead, written by Noel Sanders and published by Steele Roberts.

In 1972 Gillian collaborated with Janet Frame to produce Three Songs of Janet Frame for soprano and chamber orchestra. The three poems Gillian used for the piece ('The Clock Tower', 'Question' and 'The Sun Speaks at Perihelion') were taken from Frame's The Pocket Mirror (1967).
Posted by Pamela Gordon