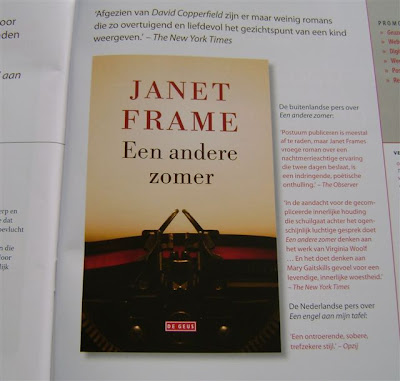 The catalogue features an advance preview of the Dutch translation of Towards Another Summer, which will be released in July 2010.

Een Andere Zomer was translated by Anneke Bok, who also worked on the Dutch translation of Janet Frame's autobiography, and who remembers enjoying Janet Frame's hospitality during a visit to New Zealand about twenty years ago.
Posted by Pamela Gordon