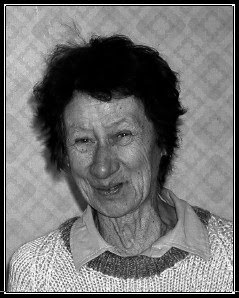 Sadly we greeted the New Year with the news that one of Janet Frame's closest friends had died in Wellington the day before New Year's Eve.

Janet and Jacquie were "bff" until the day of Janet's death, when Jacquie urgently flew to be by Janet's bedside at the very end, and beyond - with Jacquie and other Baxter whanau singing traditional Maori laments at Janet's funeral, at her memorial service, and at her graveside.

Jacquie and Janet were typical close women friends, both mischievous, wicked, both poets, sharing jokes and secrets and telling each other everything. They were once described, while they were on a tour of France together, as behaving like "a couple of peasant women who communicated non-verbally in a series of nudges, changes of expression and giggles" (as reported by Anton Vogt, who drove the pair from Menton to Monte Carlo).

Their decades of friendship extended back to university days in Dunedin. They both received "vocational guidance" counselling from their psychology tutor John Money. (My parents were also part of the wider social circle in those days and Dad and Jacquie both told me separately that Jacquie had "dated" Dad before she took up with his friend the poet James K Baxter from the well-known pacifist family - this was before my father met Mum!)

The friendship between Janet and both the Baxters evolved into a close companionship with the whole Baxter family when Janet moved to Dunedin in the 1960s. She socialised, had meals, visited their relatives at Brighton near Dunedin, and went on tramping holidays with Jacquie and Jim and the kids.

Jacquie was one of Janet's most faithful friends and always preserved her privacy in the way you'd hope your real friends would. And the feeling was mutual.

Farewell beautiful woman, my mentor and my friend too. I'll miss you.