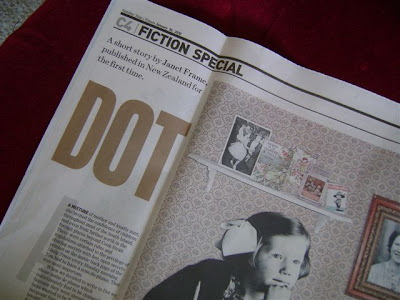 Another 'new' short story by Janet Frame had its first New Zealand publication recently. 'Dot' appeared in the Sunday Star-Times on Sunday the 10th of January 2010. It was accompanied by a beautifully suitable illustration by Pam Templeton.
'Dot' was first published in the USA in A Public Space Issue Number 7 (which has since sold out).
Posted by Pamela Gordon