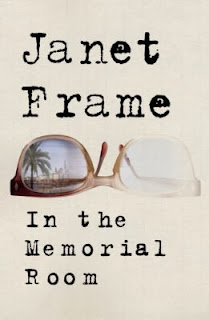 In the Memorial Room has secured another Kirkus star for Janet Frame: the second this year! (The first was on Feb 1st 2013 for Janet Frame's story collection Between My Father and the King.)

And what a brilliant review this new Kirkus one is (November 1st 2013).

In fact the last paragraph of the Kirkus review of In the Memorial Room sums up the reviewer's response to Janet Frame's long-lost tour de force in just one word:

The last of the Australasian book reviews for Janet Frame's 13th and final novel In the Memorial Room, released here in May this year, are overlapping with the first of the US reviews for the American edition to be published on the 10th of December!

See the previous post for a link to Kelly Ana Morey's fine review 'The cult of the author' in November's Landfall Review Online.