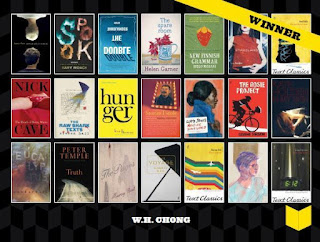 The Hall of Fame award is presented to a designer whose work has made a significant contribution to book design in Australia. The judges said that the Joyce Thorpe Nicholson Award ‘is a most fitting and deserving acknowledgement as Chong has been an inspirational designer, teacher, mentor and force within the publishing industry for decades.’ 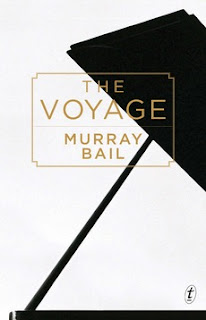 We're proud to say that W.H. Chong designed the strikingly appropriate cover of Janet Frame's posthumous novel In the Memorial Room released by Text Publishing earlier this month, and we won't be surprised to see his design nominated for an award next year! 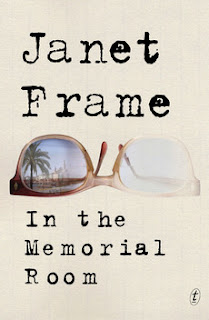